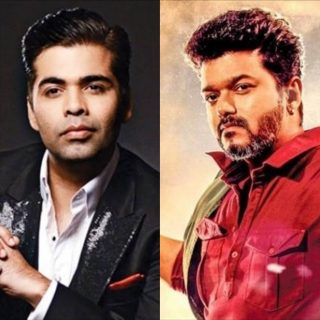 The Bollywood director/ producer Karan Johar during a recent interview spoke about the impact of Sarkar in Mumbai. In a video that is doing the rounds on Twitter, the filmmaker can be seen having a candid chat about the film. He says, “Suddenly, the other day everyone in my office talking like what is this film coming out, you know this big Tamil film that is releasing called Sarkar. And everyone’s talking about it, I believe it was the most trending unit, it was number unit on YouTube, it had the maximum number of views.”

Watch this video where Bollywood Director @karanjohar talks about the impact of Thalapathy Vijay’s #SARKAR In Mumbai! 👍

Further talking about the film’s craze, he added, “Now everyone sitting in an office in Andheri in Mumbai is talking about a film made out of Chennai called Sarkar with a superstar there.”