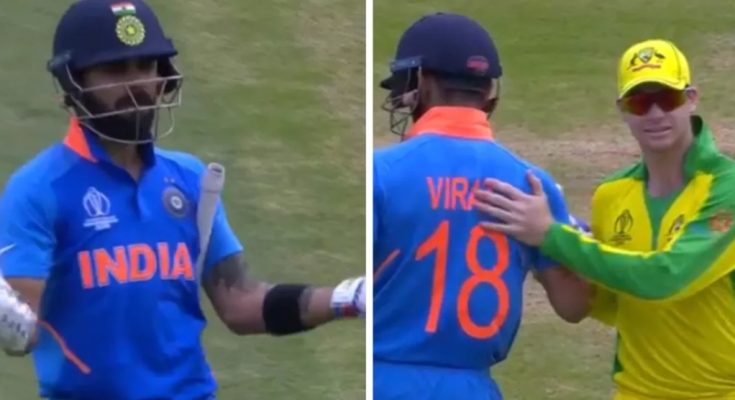 Great champions aren’t made by numbers alone. They are made by character. Virat Kohli once again wins hearts through his beautiful gesture to Steve Smith.

It was during the first innings while Virat Kohli was batting. Steve Smith went to field near the boundary and the India fans started booing him referring to the ‘Sandpaper Gate’ incident last year which banned Smith for one year.

Kohli didn’t like the Indian fans’ gesture and asked them to clap Smith instead. The Australian acknowledged the gesture and went on to thank Kohli for the same. Here’s the incident!

Definitely, the gestures like this make Virat Kohli special.

India displayed an excellent performance with the bat after winning the toss as every single batter chipped in with Shikhar Dhawan topping the list to take India to 352.