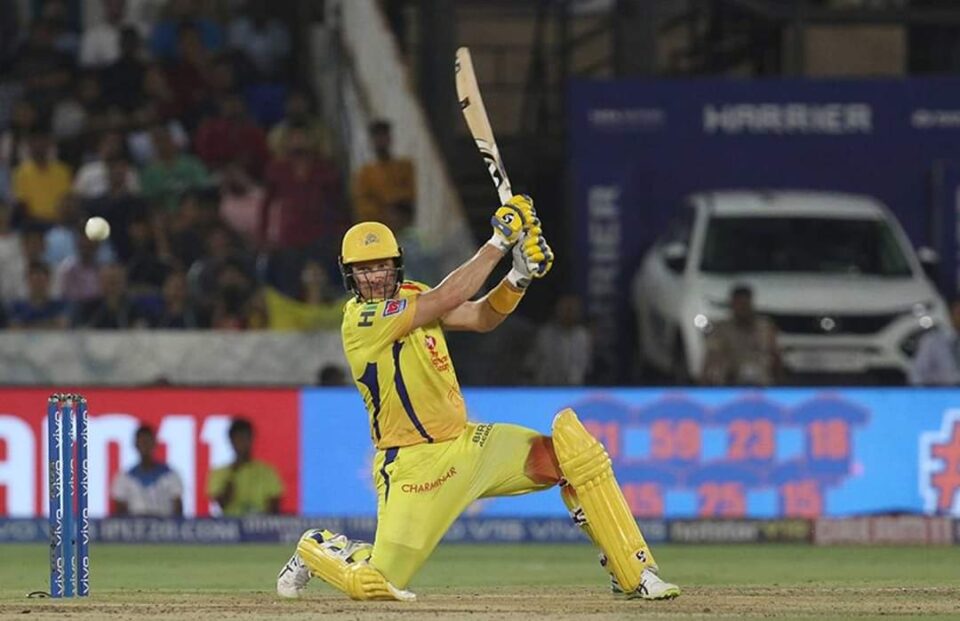 Shane Watson is a contributor. He is selfish yet would do anything for his team, to be in the team. A team loves one, right?

However, he would push the team to a position where they need him, but they would have no idea what to do with him.

The team loved him for his flexibility. He did bat in literally all the position right till number seven. No, he didn’t want to be flexible. He always wanted to open the innings. He wore his heart on his shoulders and was ready to face the pace. He loved them. But his body didn’t. His body wasn’t flexible to cope up and hold on to positions he would like. He would play in a slot for a while and hello, injury. When he came back, that slot was long gone. Yet the team wanted to have him no matter what and filled him in a whatever position available. He was too polite to take them all. Told ya, he was too polite.

Oh yes, he had this love-hate relationship with the fans and he came as arrogant. Well, he wasn’t. In fact, he was one of the nicest in the team. During the tours, he did have different emotions that proved otherwise. Early in his career, he “thought” he saw a ghost till the time he thought he had a heart attack, Watson was always unique.

He had a knack for Leg Before Wicket. Bowled some brilliant deliveries to get some LBWs. He struggled against Reverse swing. Produced reverse swing and killed the batters. Somedays, he spoke with bat and on other days with the ball. Well, there were days when both came in line for him and vice versa. He dried up runs more than picking up wickets. Later in his career, he wanted to become a specialist batter but his runs dried up here too. He wanted to bowl but his body wanted them otherwise. His hunger for success was more evident when he got addicted to DRS. The team literally began to reserve one for him if they had two.

He might not have had the best records for the Australian team as the opener, he still gave them a good start. He would show class for his 30s and before you know, he would play a shot, he would never be proud of. A sad animated walk back to the pavilion is a common sight. It would look like as if someone stole something precious from him. He has always been animated. While bowling, he would have this pout, his arms on his head, some furious appeal and a grin. This is typical Watson in a match.

No, he shouldn’t be remembered for this. He deserved more with the talent. However, the only thing that was consistent throughout his international career was the injuries. It is not like he didn’t have great games. He did have many too, but it didn’t satisfy the burden of expectations he was carrying. Earlier in his career, he wanted to be successful, bowled as fast as he can, bent his body too much and literally killed himself with those injuries.

A lot did change when the Indian Premier League came into existence. Watson found himself in the shortest format and still is one of the best in the tournament. 2008 with Rajasthan Royals took Watson to a different level and he did have a series of great performances for the international team in the shortest format even in other formats too.

2009 to 2013 produced the best of Watson. He won the Allan Border medal twice, had the Test average over the 50s for two consecutive years, scored 185* against Bangladesh, became the vice-captain of the Test and ODI side. He was the player of the 2012 T20 World Cup.

Possibly, he is the only player to be dropped for disciplinary reason in one Test and was asked to captain in the other. Well, that was Watson.

If there is something that would still haunt Watson is that unbelievable spell from Riaz in the 2015 World Cup. It was something nobody could get enough. Even Riaz had the pictures of the spell in his home. It was more like a Hollywood film.

Chasing 214, Australia lost three wickets quickly and the duty was Watson’s to take the team home. He squatted, jumped, ducked, turned his face did everything possible to keep himself away from Riaz’s flurry of bouncers that were coming at him at 150+. For once, the Australian crowd had nothing to answer and prayed for Watson’s life. No, not that the wicket, but his life. Riaz was furious, too good on that day. He enjoyed them too, ran close to Watson, clapped his hands, humiliated him. Watson had to hold on. However, Watson did give in. He top-edged a bouncer to Rahat Ali who dropped the simple catch and burst the balloon of pressure Riaz created.

An hour later, Watson went on to hit the final runs but nobody would remember this match for Watson’s knock but the battle with Riaz.

Watson has always been a legend when it comes to the IPL. He did play for different teams and didn’t click for a few but mostly, he stood out. He was the champion in the first edition. Years later, he was just too good for the Chennai Super Kings. He stood out in the 2018 edition and he almost took the team home in 2019.

In the IPL, he is lucky to play in his favourite position. Of course, he is not like Gayle who would smash all the deliveries but he is equally effective. He won’t bark but he knows to bite. When he settles to play the long innings, the team is in the safe hands, well mostly.

However, It didn’t happen. He failed. However, this knock will stay memorable for the efforts of Watson.

Watson may not be the best ever all-rounder in all the three formats. He might not be in the conversation, his stats might not come up while talking about legends. He could have been better than what his stats suggest, blame his injuries. There will be a lot of what-ifs and what not. No matter what, Australia is yet to produce someone as brilliant as Watson. There were many replacements for him in recent times but nobody came close to what he brought to the team. He would stay special for his contribution though we might forget to put his name forward in the legends’ board off the top of our head.