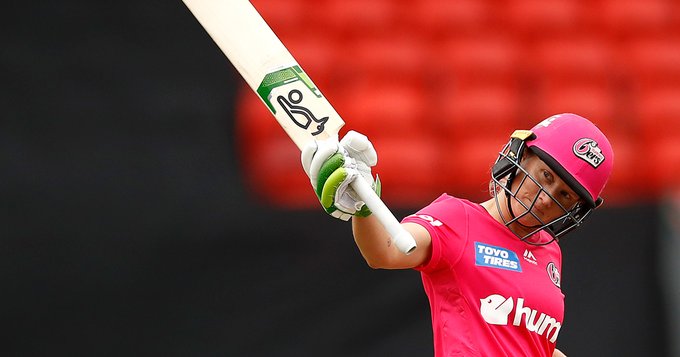 After winning the toss, Sixers opted to bowl first. Lizelle Lee and Sophie Molineux started the proceedings. In her very first ball, Marizanne Kapp cleaned up her fellow Countrywomen As Lee departed for a meagre 9. Stella Campbell ran through their Top Order by dismissing Erin Fazackerley ( 2 off 9) and skipper Amy Satterthwaite. ( 2 off 8).

Molineux showed resistance but lost her wicket to Ashleigh Gardner. She scored 23 off 25 balls. Soon Courtney Webb departed for run a ball 21. Georgia Wareham showed a glimpse of her batting in her previous outing against Perth Scorchers. She backed that performance by scoring a quickfire 54 off 27 balls They ended up with only 119/7 in 18 overs.

Stella Campbell’s 3/32 was the best pick of the bowlers. Renegades bowlers put up a collective show with 4 bowlers took a wicket apiece.

Sydney Sixers took no time in chasing the target. Alyssa Healy scored a blistering knock of 60 off 31 balls. Ashleigh Gardner provided the fireworks by 20 off 8 balls. Skipper Elyse Perry (20 off 27 balls) stayed till the end and made sure they’re well on course. They chased down the target comprehensively in the 13th over with 29 balls to spare. For Renegades, Georgia Wareham was the sole wicket taker, taking 2/35. After this victory, Sydney Sixers moves to Second spot in Points Table