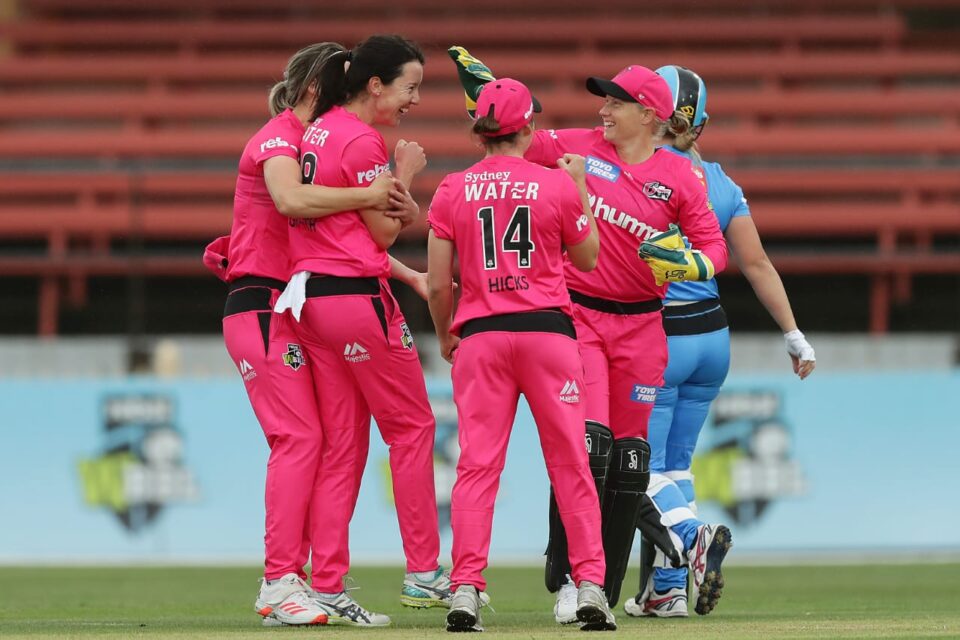 In between rains, Sixers and Strikers managed to play a few overs and the Sixers won the game by 9 wickets through D/L method.

After a long pass in the beginning, the game began with nine overs a side. Bates and Taylor-less Strikers, who went on to win their first match against Hurricanes, batted first and scored 68 from their 9 overs. The team lost early wickets, thanks to the bowlers who kept things tight.

Patterson’s 28 from just 14 helped Strikers to reach 68. For Sixers, Kapp had three wickets, Griffith had two.

In return, Healy and Perry began well with 41-run stand before Healy got out for 27. While Sixers were cruising, the rain once again stopped the play and Sixers won the match by 9 wickets through D/L method.

The best part of the match is the return of all-rounder Perry. Also, the bowling of Dracie Brown, who is just 17 but is already making heads turn.