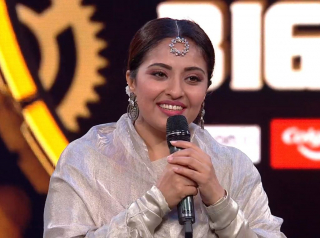 I know that it is quite late to write about Mumtaz who was evicted last week. I need some preparations to write about her before blindly supporting her.

We all knew that Mumtaz was evicted as the votes she received were quite less when compared to Aishwarya and others. Even in the middle, I was quite distracted and thought that she is fake and trying to exaggerate her kindness to attract people. But then I realised that she was projected in such a way to get eliminated as her health may not support this week’s tasks. Bigg Boss made her to say “NO” for colouring her hair in “electric green”. He wanted her to say NO to that task as he wants her to get eliminated.

From day 1 she was using olive oil for cooking and buffalo milk. Nobody pointed it out in the beginning. After she refused to do the “sacrifice” round, she was pointed by the Season 1 contestants that she is unfair, “why she needs pampering?”, “Why cannot she be treated equally?”. They wanted to project Mumtaz as she is an egoistic person to the audience like us so that we will not vote her.

Sorry for quoting last week task as “sacrifice” task. It is a “convincing” task. IT is all about convincing. Contestants should convince their fellow housemates to do their task. Rythvika failed to convince. SO it is Rythvika’s mistake. IT is not Mumtaz’s mistake.

Others did their tasks to get saved from eviction. They didn’t do it out of concern. Only if Mumtaz did the task for Rythvika, I would say she is fake. But she didn’t. She played it truthfully. She was fair than anybody else. She said NO because she loves her hair. She played by her heart. Janani loves her eyes then why she bleached her brows? ‘Cause, she was in the eviction list.

When Mumtaz asked Rythvika, “Why are you willing to tattoo in first place?”

Rythvika’s replied, “I want to face it”.

Rythvika confessed to Kamal Hassan that she already have a tattoo in her hand. Which means she faced it already. Why does she need to face it again.

Because she was afraid that she may lose audience’s support. That’s the only reason she accepted and cried while she got tattooed.

Even after Mumtaz got evicted she advised the girls like us, “If you say NO, Stick to NO”. (I am not quite sure, But this is what she meant).

This is how a woman should be. You must say NO when you have to. A contestant like Janani who just wants to be fair to everyone else, a contestant like Rythvika who is silent for first 5 weeks, analysing everyone and then being quiet throughout can never be considered as a real winner.

Mumtaz is the real winner! 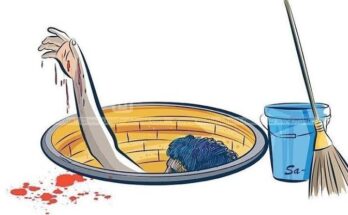