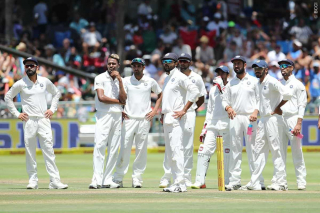 2017 and the home season was too good for India. No matter which is the team, India was able to shatter them with ease. That was the high period of Kohli’s captaincy. Winning it all especially with his batting sure deserved astonishing applause.

Come 2018, the first real test. South Africa is always a brutal team irrespective of the venue. At their home, imagine how it is. India faced the one of the best in the business at their den. To defeat them, the visitors needed something special. For the young inexperienced, well, most of the lads, It wasn’t the way they wanted it but these are all the learning curves. Where did India go wrong?

To talk about it, Team selection needs a mention. It was disheartening to see Rahane, the vice-captain of the team warming the bench for too long. Rohit Sharma, who isn’t a master of this format is given a chance ahead of someone who has the best away series record by pointing out his form. If you ask, his form is indeed a worry but he is someone who steps up for the occasion. India did miss him. If the form was the main criteria to get into this team, Bhuvneshwar Kumar, the top scorer in the first Test was dropped for the next. India never played with the same playing XI under Kohli till now at the Tests.

Footwork:
For the bouncy green turf, the most important factor has to be the footwork. Look at the Indian team. Almost everyone did it worse.

Perfect plan:
The South African team had executed the plans well. They certainly have done their homework and looked out for the weakness of their counterparts and played them well. For instance, take Kohli’s dismissal. Two deliveries that will go away from him and the next one will nib back in. Umpteen number of times this has worked against Kohli in the recent times.

Silly way out:
Looking back, the players will surely be unhappy with the way they got out in this series. Pujara had the worst so far. Runouts has to be the silliest way to get out of cricket and for a batsman like Pujara, this is beyond imagination. Too many soft dismissals left India down and out.

Fielding:
Catches win matches they say. Parthiv Patel couldn’t hold on to many catches that cost the game. On the other hand, the hosts were able to take all the chances that came by their way.

If India looks to win the next Test, There are so many areas that they need to look into but these are all the basics.