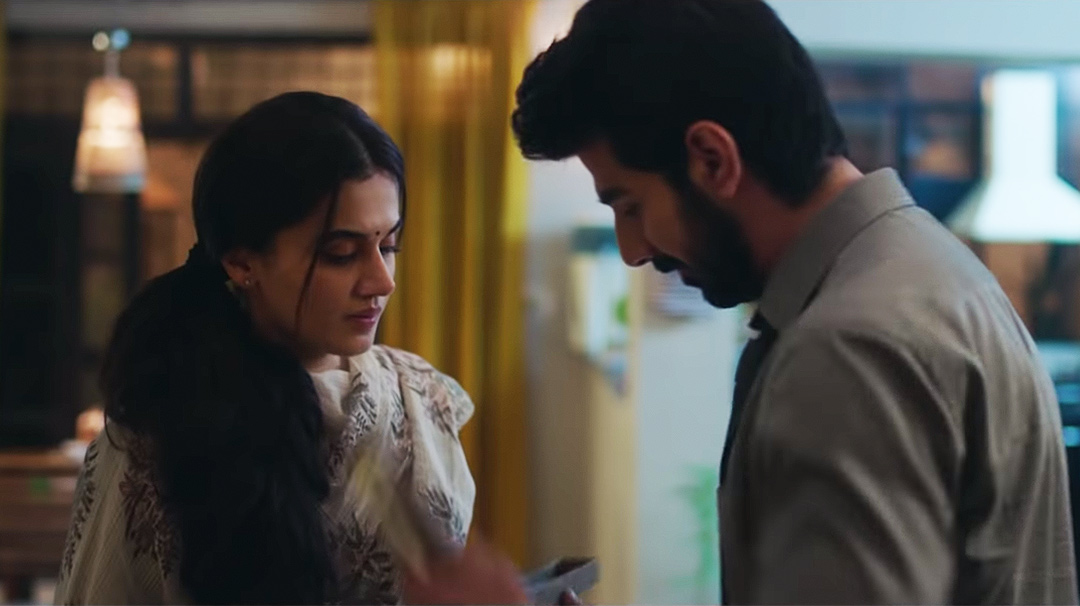 Anubhav Sinha‘s Thappad caught the eye in the recent times for the way it revealed the perpetuating patriarchy with certain novelty in a way no one has ever seen before. And you want the world to see it right away. The matter in hand, the forced submission to the internalized patriarchy, seems inescapable for ages in a family structure. The way Thappad sheds light on this issue gives room for more discussion. It provides an opportunity for more introspection. And the goal is to attain certain level of insight, one would want to look for, beyond the dreading practicality of living with challenges.

But what’s dreading is, while there are many audiences who share the same view as the filmmaker, there are equally many out there who oppose the view and blame the attempt for it might “corrupt” their offspring with revolting ideas. The people, who justify their reasons for internalizing the patriarchy in their family, don’t want their children or anyone’s future they “care” to see this kinda straightforward films. It undoubtedly splits their heads and proves how loud Thappad is. They say they want to “protect” their own people from such “polluted thoughts/ideas” which enable their Amritas to stand up for herself. And they clearly don’t want their Amritas to have such “terrible” ideas. They believe and advocate that a marriage stands on the principle of compromise.

Those people, whom one Thappad is not enough, ponder on the technicalities of the film. They argue that “Amrita should have given Vikram a chance. Ending a marriage just for a slap is not a practical decision”. The scene when Vikram comes to see Amrita in her home after she left her in-law’s house due to the known rift beween them, Those, who are not in favor of the film, points it out that Amrita should have given Vikram a chance there – or they indirectly say that she shouldn’t make it into something big which it is not, obviously in their perception. They advocate compromise. They hoist the principle of staying together in a marriage no matter what it takes. They all sound like Vikram. The society is like Vikram. Because, they say that’s the only “practical” solution. They don’t want the ones, they care about, to “suffer” alone in this world. They assume, simply, with a male company, everything will be easy in the world to face. Well, in other words, they want to make it “easy” for the man in the relationship, of course.

Amrita raises a question in this relationship of hers, “What if it happens again?”. She was slapped. She has every right to ask this question and she has the right to ask any questions as she should. The people, who want Amrita to compromise, don’t dare to say that Vikram should have clarified her doubts. They don’t say that Vikram should have tried to come forward to clear her head out of this uncertainity. Vikram vowed to keep this marriage intact as much as Amrita did. But when such uncertainty arises in a relationship, the supposedly “grown-ups” only advises to shun the ones who questions. Their only “patched-up solution” is that to live the life on compromise which only benefit one of them in that relationship. They fail to advocate their children that trust is the principle of marriage. Amrita has every right to doubt as the trust is deeply shaken. Until this wrong advocacy corrects its course, Our Vikrams will never strive towards earning the trust of their Amritas. They don’t educate the hypocrisy to their Vikrams that there is no need for Amritas to learn to make Parathas before she learns to drive when the Vikrams struggles to make some tea for themselves without any help.

Until the day, they stop being judgemental, they stop taking their Amritas granted for all her help to ease up their lives, until they stop practicing this unkindness, Amritas will be asked to make compromises because, they say, it is only her “practical choice”.

Annaatthe to release by Pongal 2021