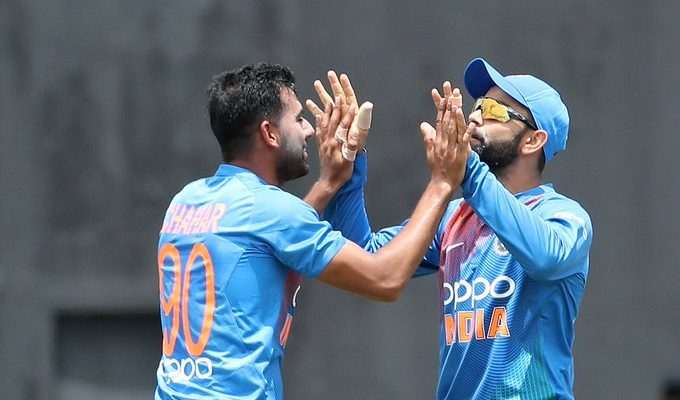 After winning the first two matches of the three-match series, Kohli and co. had all the license to test their bench strength, thus, KL Rahul, Rahul and Deepak Chahar were given an opportunity.

Opting to bowl first, Deepak Chahar did the trick for India. He dismissed three of the top order batters early to end with the figures of three overs, one maiden, four runs, three wickets. Navdeep Saini grabbed the other two wickets that fell.

While everybody struggled, it was Pollard’s 58 that once again took the team to a decent total of 146. He had support from Rovman Powell who smashed 32*.

In return, West Indies managed to dismiss both the openers early and the Rohit-less Indian team was reduced to 27 for 2. Virat Kohli as usual made sure to convert all the dots to singles whereas, Rishabh Pant played his role right to take India home safe. Kohli made 59 whereas Pant stood unbeaten at 65.

With this, India starts its preparation for the T20I World Cup right with a clean sweep.