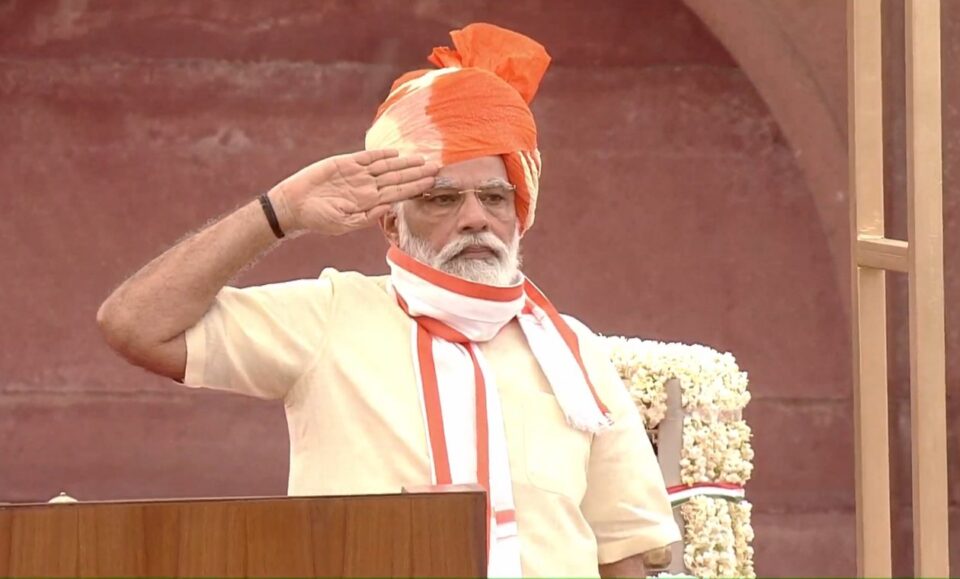 
‘We will take appropriate decision after the committee submits its report,’ he said.

‘Today, nation is determined to provide equal opportunities of self-employment and employment to them. Today women are working in coal mines, our daughters are touching the sky while flying fighter plane,’ he added.

He also spoke about the loan help given for the women.

‘Out of 40 crore jan dhan accounts, 22 crore accounts belong to women. During this trying period of Corona, we ensured that Rs 30,000 crore was transferred to their accounts. Out of the 25 crore Mudra loans given, 75 per cent of the loan seekers as well as recipients are women. In our PM Awas Yojana scheme, most of the recipients of these houses are also women. We are also working relentlessly for the improved health for women in the country,’ the PM said.

He also spoke about the achievements of the Government. He pointed out the materity leave given for the women now, about Triple Talakh.

He also said that the Government had worked hard to produce sanitary pads for women at lower cost, as low as 1 Rupee. He said that lakhs of women were benefitted because of this initiative.