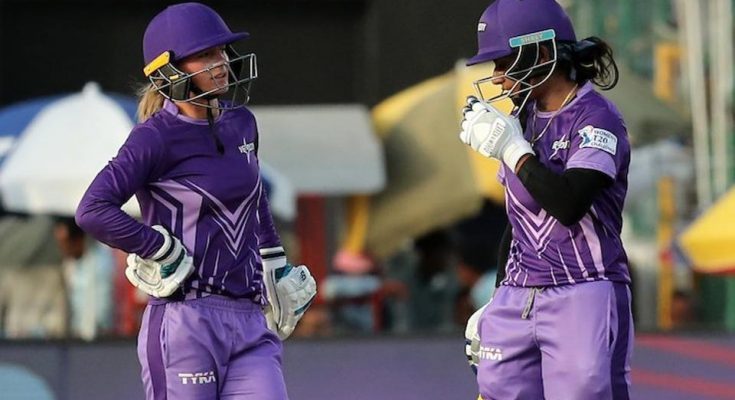 In the second match of the Women T20 challenge, Velocity, the new team led by the veteran Mithali Raj won the toss and asked Trailblazers to bat first something even Smriti Mandana wanted to do.

Shikha Pandey’s swing deceived Smriti Mandhana as she fell early after making 90 in the other match. While Suzie Bates tried to take on the bowlers, Harleen Deol tried to play the anchor role once again. After a little partnership, Ekta Bishttempted Suzie Bates to go over the long on but she failed and Veda had a simple catch. She made 26. Deol then saw players come and go until Deepti Sharma with whom she had a decent partnership. In the 18th over, since the score was just 100, Deepti tried for a big and found a fielder at the ropes. A similar dismissal of Harleen Deol saw Trailblazers crumbled to 112 in their 20 overs after a good start.

Chasing a tiny total, the 15-year-old Shefali Verma took out some of the best bowlers in the world and it was all clean hits. Though she lost wickets at the other end, she kept going. She did make use of the opportunity offered to her, impressing everyone. Even Danielle Wyatt at the other end was enjoying her knock.

After Shafali’s dismissal, Wyatt and Mithali had things under check but Gayakwad dismissed Wyatt. A mix up at the middle in the second delivery saw Veda Krishnamurty walk back for a golden duck. With only two to win, one would have thought that it was an easy task but Deepti Sharma had other plans as she bowled an extraordinary over where she picked up three wickets but somehow Velocity cruised to pick up three wickets.