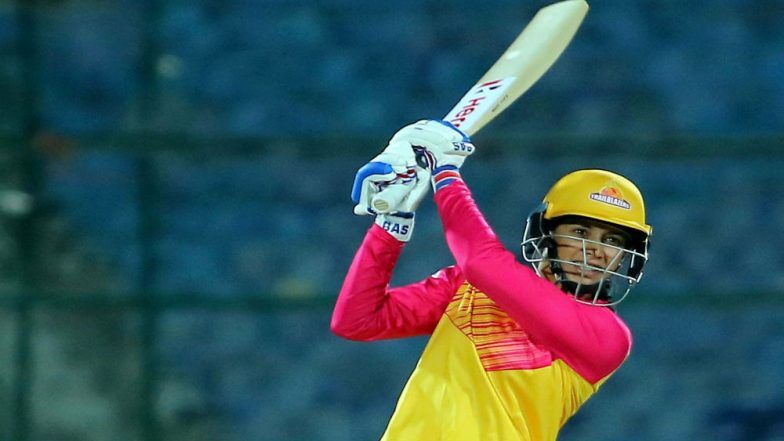 The match number two of the Women T20 challenge is here and the excitement has only got better. This time it’s a 3.30 pm start and it’s Mithali Raj-led Velocity versus Smriti Mandhana’s Trailblazers.

Having won the first match, Trailblazers will be confident of going into this contest whereas, Mithali Raj-led Velocity, debuting for the first time, will grab the attention, thanks to the players who are quite popular in India.

More than the team, what excites me is Mamata Maben as the coach for the side. Now, coming back to the team, it is a mix of pinch hitters, youngsters alongside experienced campaigners.

To start with, Mithali Raj, despite being the top run-getter in the T20Is wasn’t preferred during the World Cup T20 matches and we all knew about the controversies that came after. So, to me, it is more like a “point to prove” for the veteran. She will try to play through the 20 overs. Alongside Mithali, the Vice-captain Hayley Matthews will be looking to produce special knocks, something she always does. We can see a lot of ball rushing through the boundary. Mithali and Matthews should open the innings.

The team has two of the power hitters in the world, Danielle Wyatt and Veda Krishnamurthy, two of India’s best bowlers in recent times, Shikha Pandey and Ekta Bisht and of course, the impressive all-rounder Amelia Kerr.

Backed by good domestic performances, Sush Verma and Devika Vaidya will be eager to go in as well. This tournament will also act as a key to produce India’s future stars and players like Sushree Dibyadarshini, Komal Zhanzad, Shefali Verma will look to make full use of the opportunity given.

Shefali Verma is a common name among the players who are consistently knocking the doors of the selectors. Remember her quick knocks in last year U-23 T20 league where she scored 61 off 45 against J&K, 31 off 15 against Railways.

Talking about Komal Zhanzad, it’s been more than a decade since a left-arm seamer made it into the women’s team and Komal almost made it to the team when she was selected in the squad for the T20 series against England after her cracking performance of 3 for 9 in the first six overs against England while playing for Board Presidency XI. Before that match, she made heads turn with 9/8 against Haryana while playing for Vidarbha in the One Day league.

Sushree Dibyadarshini, the captain of India Green’s team in the U23 Challenge recently is the only Odia girl in the team and the all-rounder if given chance will look to dominate.

Jahanara Alam, the lone Bangladesh player in the contest will be someone to watch out for, especially for her wicket-taking ability.

Coming to Trailblazers, the team must look give more batting opportunity to Taylor in this game.