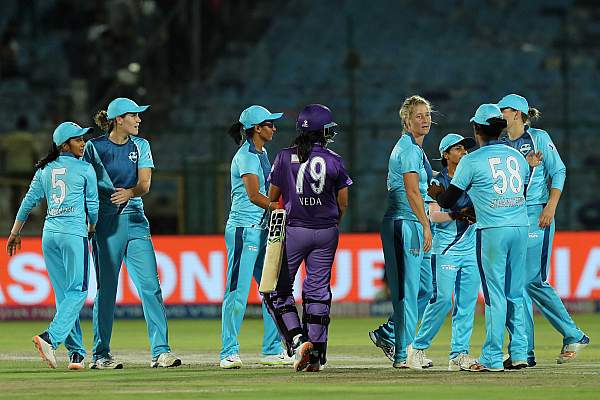 After losing the first match, Supernovas needed a win to qualify for the final whereas for Velocity, thanks to their healthy net run-rate, they just needed a good score and not lose by a big margin.

After asking to bat first, it was Jemimah Rodrigues special while all the other players struggled to score at least run a ball. While Jemimah was smashing at one end, literally every single batter struggled at the other end. Thanks to the good final over from Shikha Pandey, Supernovas managed 142 for 3 with Jemimah smashing 77* off 48 deliveries, her highest T20 score.

In return, Shafali Verma failed to live up to the expectations this time and Hayley Matthews went early as well. Mithali Raj then joined in-form Danielle Wyatt who was taking on the bowlers. Mithali, as usual, played the anchor role for Wyatt and the duo added 56 runs for the third wicket. As the match was getting closer, Velocity needed big shots and with Wyatt getting out while trying to hit hard, Veda Krishnamurty and Mithali Raj didn’t go for the win but made sure that the team qualify for the final. The duo remained unbeaten adding an excellent partnership. Veda scored 30 off 29 and Mithali scored 40 off 42.

To me, they did the right thing by playing it safe because qualifying was the first priority and losing five wickets in seven deliveries was fresh in mind and the duo didn’t want to take a risk at all. In the end, Supernovas won the match by 12 runs and they will meet Velocity once again on Saturday for the final.

If Rayudu was part of World Cup, we would’ve won it: Suresh Raina