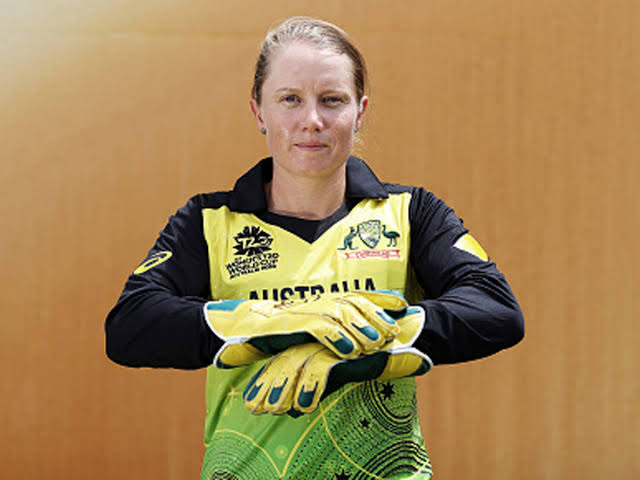 One of the difficult things about being woman cricketer is that you don’t have female-specific shoes for the game.

Despite being playing the game for more than 100 years, women are forced to use equipments/accessories same as men. When it comes to the shoes, there aren’t many manufacturers of female-specific shoes.

Now, thats why the sports apparel manufacturer Asics is a bit special. During this lockdown, the Australian Wicket-keeper Alyssa Healy is busy working with the team to bring innovation.

“I’ve got a really small foot, so I’ve never been able to wear proper cricket spikes, because they never made them in my size,” Healy told Wide World of Sports.

“I’ve always had to use a running shoe, or a jogger, and put spikes in them, to get something that fits,” she said.

She added that men and women don’t have the same shape of foot.

“We obviously don’t have the same shape of foot as the boys do – I live at home with one who’s 6ft 5in and wears a size 14 and I know that we are definitely very different,” says Healy of her husband Mitchell Starc. “So to be able to have one that fits snugly to the female foot and protects our feet while we’re playing is really important,” she said this while talking to the Guardian.

She added that there is a market for women specific accessories because more than one-third of the sports people are women.

Healy’s Australian teammate Ash Gardner also welcomed the move and said that it is a huge step.

She said that Perry and Schutt are two of the players who normally suffers a lot due to the shoes because they are pacers.

Now, Schutt is currently wearing the female-specific shoes and the feedback has been positive from her, Gardner said.