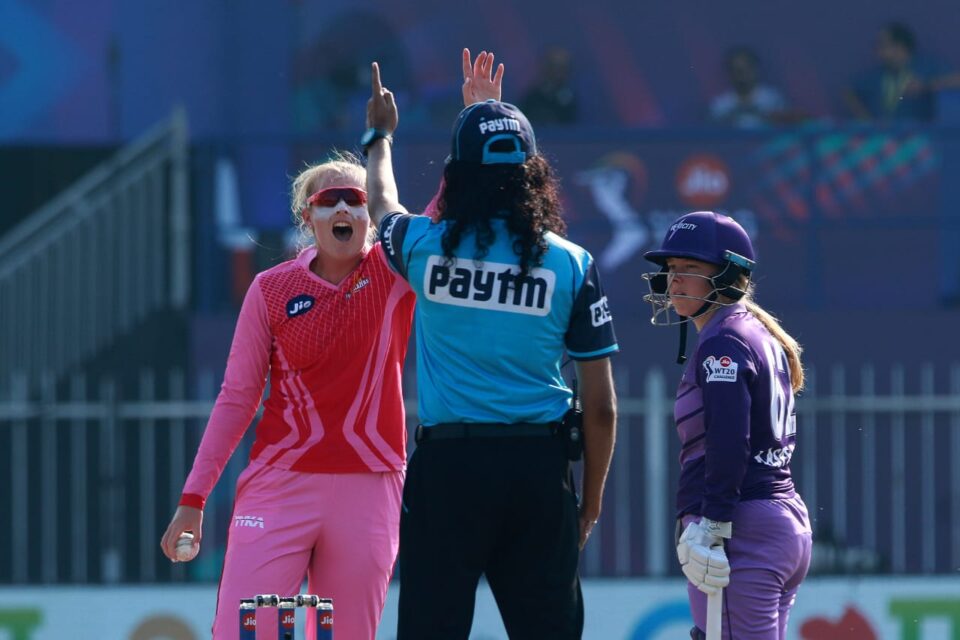 After an excellent win over the defending champions Supernovas, Velocity found themselves in a terrible position after being destoryed for just 47.

Opting to bat first, both Wyatt and Verma showed intent to score quick and they did initially. However, that didn’t last long as Jhulan Goswami dismissed Shafali.

Soon, in the next over, Ecclestone ran through Mithali and Veda in consecutive deliveries. Moments later, she came back to dismiss Sushma Verma. Luus who was the star of the previous game got out to Gayakwad, a simple return catch. Sushree Dibyadarshini got out in the next delivery.

Shikha Pandey and Leigh Kasperek tried to keep the scoreboard ticking but a disaster run-out which made Shikha Pandey walk back totally destroyed everything. The team then ended up scoring 47 for 10.

Ecclestone showed why she is the world number 1 bowler and ended up with her best T20 figures, 4 for 9. Jhulan Goswami and Rajeshwari Gayakwad had 2 wickets each.

In return, the total was just too small for the team to defend. While Mandhana got out early, Dottin made sure to finish the match in the end, she scored an unbeaten 29 while Richa Ghosh had 13* from 10 deliveries.