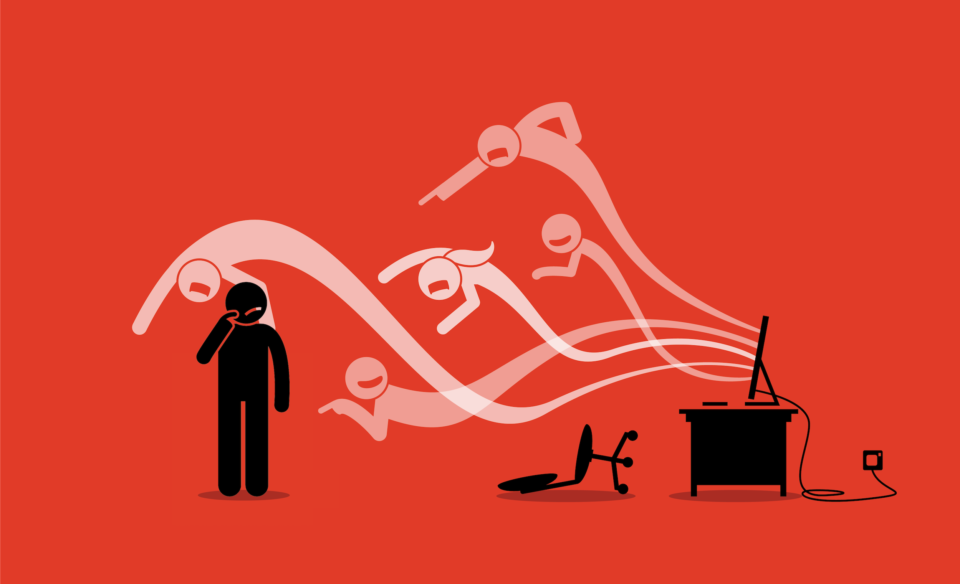 Soon after online classes began for schools in Kerala, women teachers were harassed online by creating troll pages in WhatsApp and Instagram.

It has been reported that, particularly, a teacher wearing blue saree was harassed with troll pages named ‘Blue Teacher Army’.

It happened on the very day the classes began. Screenshots and videos with background music and sexually derogatory messages about the teachers were spread across social media platforms.

In response to the issue, Anvar Sadath, Chief Executive Officer of Kite Victers wrote, “Saw that the videos in the First Bell programme, meant for children, were presented (beyond harmless trolls) in a derogatory manner in cyberspace. This is very painful.” He added that they would go ahead with strong action against it.

Meanwhile, many people across social media condemned the incident in support of the women teachers. Activist lawyer Harish Vasudevan shared a video questioning the lack of stringent cyber laws for protecting people who face cyber abuse.

“Does the word dignity have a meaning anymore? Women are harassed, their privacy destroyed, their family lives affected. A weaker person might even contemplate suicide, after being subjected to such kind of an attack. It will likely stop them from wanting to come to a public space ever again. (It is sad to see that) people, especially youngsters, are involved in these acts of harassing women,” he said.

Kerala Police put out a warning on their official social media handles warning that strict actions would be taken against anyone who was involved in such harassment. Soon, many comments were deleted, and pages went down.