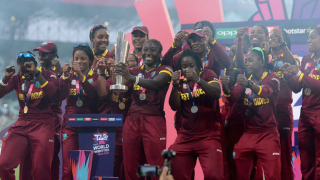 In 2016, West Indies surprised everyone with an excellent victory over Australia to win the title at Kolkata. That was the first time they reached the final, and they went on to win the title.

This year, the defending champions will host the tournament.

Strengths:
When it comes to West Indies, Be it men or women the first thing that comes to our mind is the big hitters. With the likes of Dottin, Taylor, Mathews the team will be looking to post huge totals. Dottin holds the record for fastest 100 in T20I.

Playing at home will act as an advantage as well. In the recently concluded series against South Africa, Natasha Mclean showed her big hitting capabilities and was the player of the series. It will be interesting to see if she can continue to dominate the bowlers early on in the innings along with Hayley Matthews.

Coming to the bowling department, Alisa Mohammad has the most wickets in T20Is and will be the key once again. Dottin, Matthews, and Taylor play a vital role with the ball as well. Afy Fletcher has improved well in recent times, and in the last five matches, Despite being economical, she has gone wicketless only once.

Players to watch out for: With no doubts, the trio- Matthews, Taylor, Dottin along with Mohammad and their experience will be the key. All the four players are match-winners.

Darkhorse: It’s indeed an interesting decision to pick uncapped Sheneta Grimmond player in the squad. The 20-year-old is selected after an impressive run in the domestic season. She is a right-hander who can bowl a bit of off-break. If selected, she can be the potential wicket-taker for the team.

Things to work on:
Though the team has a lot of match-winners who can turn the course of the game single-handedly, not many have used the opportunities given. If Dottin, Taylor and Mathews fail, the team fails in the majority of the matches. Also, the team lack a pacer who can put pressure by picking up wickets early in the innings.

I’m sure you’ve held those tears when you said goodbye: Sakshi on Dhoni’s retirement