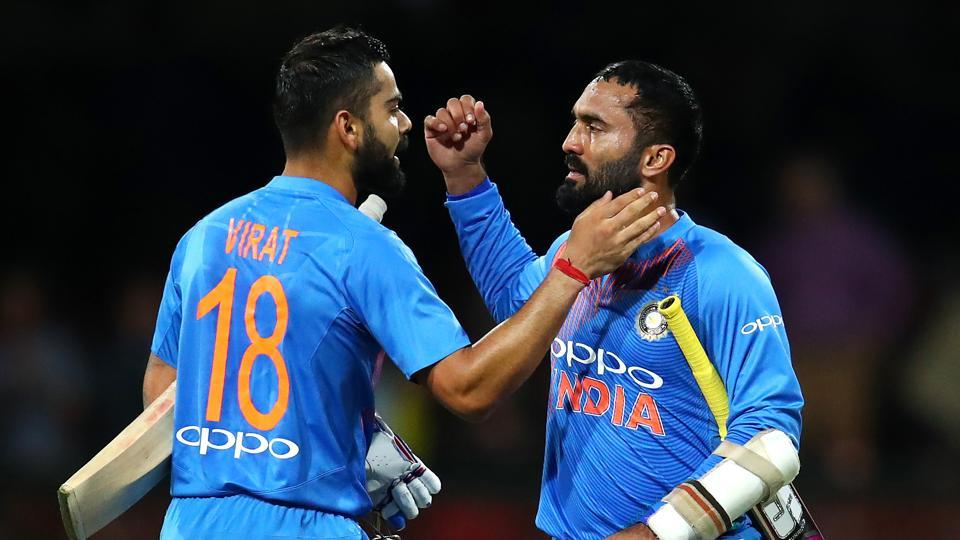 We are just a few days away from the World Cup and a few fans are upset with the World Cup squad selection, blame the tough decisions the selectors had to take in picking up the 15-member squad from the pool of talented players. One such player to miss out was Rishabh Pant. The youngster was overlooked for Dinesh Karthik.

Virat Kohli finally has spoken regarding the selection of Dinesh Karthik in the team recently in an interview.

“In pressure situations, he’s shown composure,” Kohli was quoted as saying by the Times of India about Karthik. “It was something that everybody on board was convinced about. He has the experience. If god forbid, something happens to MS (Dhoni), Karthik can be immensely valuable behind the wickets. As a finisher, he’s done well. So, it was the overall exposure to a tournament of this magnitude that was taken into primary consideration.”

Despite making debut in 2004, Karthik has been in and out of the Indian side. He has played 91 ODIs for the country in his career that spanned over 14 years.

It talks about the hope of uniting two entities: Ganesh talks about his next album ‘Avalum Avanum’