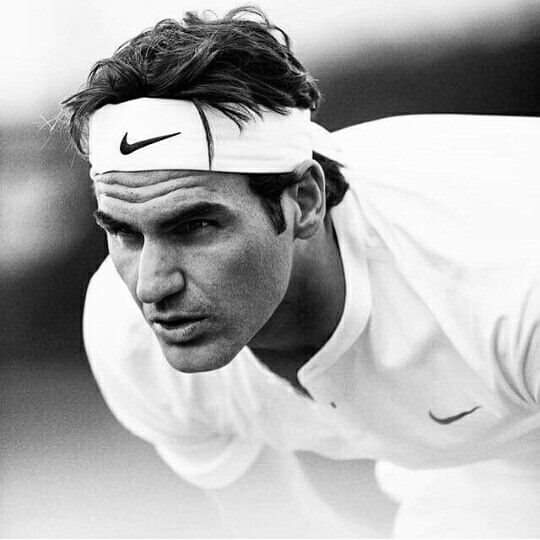 ‘oh, he missed it’, the commentator goes as he witnesses Pete Sampras misses an easy smash that goes out. Every other time, Pete would have got. Federer converts the breakpoint and serves for the third set. That very line summarizes the match. Though Pete bounced back to take the fourth set, Federer sealed the match in the fifth. It was the first time Federer did something proving his potential. He was 19-years-old then and Pete was chasing yet another Grand Slam title. At 5-6 in the fifth set, Pete serves to stay in the match. The scoreline then reads 15-40. Federer was having a match point. He holds his tears, tells himself to concentrate. He does. A return winner. Pete, who has already approached the net could only watch the ball go past him. Federer goes on his knees, cries. He cries in joy. The crowd erupts with him.

It was history in the making. It was the birth of a new era. The era where two other gentlemen joined the party with Federer and just like that he went on to win 20 Grand Slams which was difficult even in dreams when he started playing the game.

*
Till 2008, things were all good for Federer. Right from 2001 to 2007, everything was like a fairy tale. Wins, Grandslams, Awards, winners from nowhere, best shots, serves, lobs, slice. Everything was gain. The Federer Moments. Things, though looked easier, wasn’t really were.

2008 was the start of years that weren’t as great as before. The Wimbledon loss to Nadal and the scar that produced did not go away till 2019 Semi-final.

2008 was the time when we all started to witness the human Roger. Things turned God to the human. Players showed he wasn’t immortal. In 2009, Federer couldn’t take it up. He cried. When you fall from such a great height, it does hurt, right?

Once untouchable, Federer slowly fell into the narrative of vulnerability and was tagged that he would never win again but in the same year, the things took a better turn for him as he completed career Grand Slam, won the Wimbledon as well.

In the following years, there were not many Federer Moments but more painful ones. At times, there was Federer and there were moments. Those moments were enough for him to win titles. Given the injuries, the age, the rising stars, the legends, the one-time wonders, Federer did fight most of them. Especially, he fought his inner demons and the self-doubt wisely.

Federer might not be winning Grand Slams, but at 38, he still gives the other players run for their money. A win against #Nadal in the Semi-final at this age and fighting #Djokovic for hours before finally falling short shows that Federer still has it.

Who knows? He might win a few at this age as well. Because he falls, he rises.

When he retires, a part of me will die and would refuse to live in the present because Federer is happiness, my go-to place, my everything on par with #Tendulkar