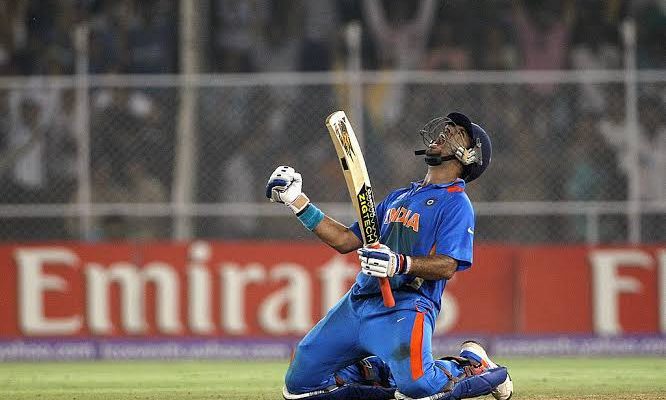 We were expecting this news for a long time now, aren’t we?

India’s one of the finest batsmen announced his retirement from international cricket at a press conference in Mumbai.

He said: “After 25 years in and around the 22 yards and almost 17 years of international cricket on and off, I have decided to move on. This game taught me how to fight, how to fall, to dust off, to get up again and move forward.”

Yuvraj Singh has always been a hero on and off the field. He helped India to win a lot of memorable battles and most importantly, he played a vital role in India’s victory in both T20 World Cup 2007 and 2011 50-over World Cup.

Had he not hit by the cancer which did affect his latter stage of his career, he would have had a better ending than this.

Still, Yuvraj Singh’s career has some glorious numbers. He is one of the few players who represented India for more than 400 international matches and has scored over 11,000 international runs and 148 international wickets across all three formats of the sport.

Yuvraj Singh also retires from the IPL so that he can look forward to play in T20 leagues outside India.