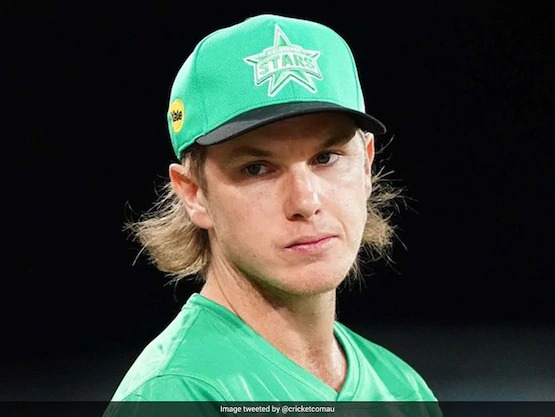 Australian spinner Adam Zampa has been suspended for one Big Bash League (BBL) match for an audible obscenity(he shouted F me) during his team-Melbourne Stars’ match against the Sydney Thunder on Tuesday.

Zampa was found guilty of a Level 1 offence under the Cricket Australia Code of Conduct and accepted a penalty of one suspension point and a 2500 dollars fine.

“Melbourne Stars player Adam Zampa has been suspended for one KFC Big Bash League match after accepting a charge for an audible obscenity during his side’s match against the Sydney Thunder on December 29,” an official statement read.

As a result of this sanction, Zampa will miss Melbourne Stars’ next BBL match against Hobart Hurricanes on Saturday.

Zampa has picked up seven wickets in the tournament so far with the best of 3/49.