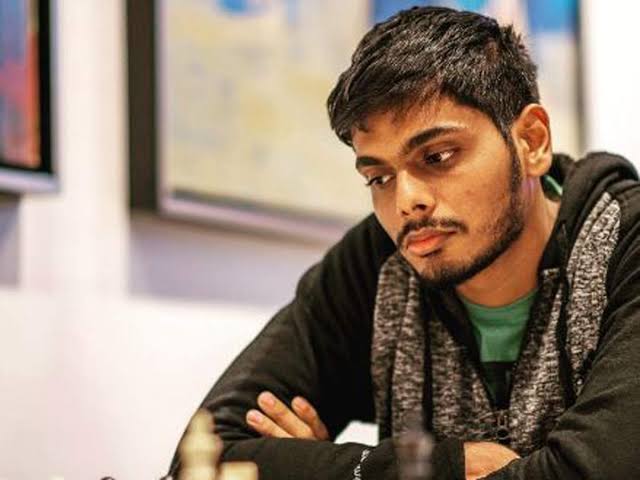 Akash Ganesan, Indian Chess Grandmaster, holds currently the status of being the youngest National Senior Chess Champion at the age of 16. Akash is a former national champion. He shares about his journey with Chess while balancing his academia.

When did you start playing Chess?

I used to watch my father play Chess with his friends. I didn’t know the rules of the game but I remember being intrigued by it. I started my game since I was in my 4th grade. I studied in Jawahar Vidhyalaya in Chennai and joined Chess Summer Camp there. After the camp, my intrigue developed about the game and picked up the pace to learn it. My father too kept helping me to hone my game skills along with my time in the camp.

Tell us about the encouragement you got from your family to pursue your game.

Along with my father, my entire family is interested to see me pursue the game and stand supportive in my journey. They keenly encouraged me because there were no one in my family who found a different career path from academia. My family didn’t just want me to restrict to orient my skills only to academic studies but to succeed in the game that could possibly win me a name for myself. They didn’t focus on the success I carry with me because they kept encouraging me even when I won 10th or 11th place in a small no-name tournament. They encouraged to pursue the process not only the success.

You took a 4 year gap to do engineering courses. Could you tell us about your journey back to the game from such gap?

I had a choice after my school graduation. I faced a situation whether to choose a full-time Chess career or an engineering course. At the point, I didn’t see Chess as my career ‘cause I thought I couldn’t practically depend on it for my living. So, I chose to graduate college because I would need a degree to find a job for my survival. I was glad I got offer from College of Engineering, Guindy, through Sports quota. Initially, I thought I would be able manage my studies and my passion in Chess. But the curriculum in CEG kept me always looped to studies in order for me graduate. So, I had to take the time off from Chess for those 4 years. But I enjoyed my time there and I wouldn’t have missed it for anything else.

I attended few tournaments during my second semester and attended National Junior Championship Russia. During 3rd semester, I had more than 4 backlogs in my attempt to manage Chess and my studies. I decided to give my entire time to studies until I complete it for my peace my mind.

What are preparations you took to make a comeback to Chess?

I finished my college in 2018 and I set my mind to come back to my Chess since then. Final semester of my studies gave me some time to focus things on other than my studies. I started attending tournaments. Once my studies were over, I started to join coaching classes. I took 2 to 3 months preparations, detoured some tournaments for observations and I came back to my root to play to my strength since my first tournament after college. I played well CommonWealth Championship in Delhi. I was leading 4 people and only needed a half point to win the game. I lost it in the end. It’s one of the biggest tournaments experience for me.

You’re still holding the record of Youngest Chess Champion in India. Could you please share your feelings tether to the title?

I became the youngest champion when I was 16 years old. And I think, nowadays, it’s very common for young people who attempt to become grandmaster, to become champions at the very young age. We are witnessing such raise in no. of young people’s advent in the game. It depends on the player’s quality. I have never thought in the aspect of holding a record or breaking a record. I’m eagerly looking forward to see who’s gonna break my record. I’m proud of my title and also am very aware of passing on it to another person. I’m excited for it actually.

Tell us about how you are handling the situation of you and your chess.

I was travelling for 2 and half months in Europe for my game before March when the lockdown happened in India. I was just finishing my tournaments in Germany and kept a pretty good rating in my game in the beginning of the year. I like to travel and traveling helps me and my game. Compared to other sports, Chess is less affected during this pandemic situation. Personally, I miss traveling to play my tournaments, to play them on board among a sportful ambience as it doesn’t match the game online. But I’m doing good in accordance with my game aspect. Chess has grown exponentially in these times.

How do you gauge the popularity of Chess in India today?

This pandemic actually has increased the popularity of Chess in India. Cricket has been and always is close to Indians. Chess has not reached that high when comparing with Cricket. But the intrigue and interests towards Chess has exponentially grown comparatively. There is growing curve that could be witnessed.

What do you think about future of chess gonna be in India?

At present, the future of the game and the administration of its federation isn’t doing good that much. It’s a concerning status. The All India Chess Federation (AICF) is in trouble with some court case. When it’s resolved and when the no. of Chess tournaments organized in our country is increased, it could see an exponential growth in India moving forward for sure.

What do you say your goal from here onwards?

From Chess point of you, I would need to improve my rating. After becoming the Grandmaster, One can only increase their ratings to go on to next.

What would like to say to the people who aspire to achieve in Chess?

I would say to play a lot of tournaments, as much as they can. Playing is not for winning when you start. Many get discouraged and disappointed. when they start to play tournaments as they aim to win it. It comes with the practice. Win or Loss, One should keep playing tournaments to hone their skills, to be grounded, to keep in touch with their brilliance. So, Get as much exposure as you can. Befriend your defeats. It will surely improve your game.

We wish you all the best from Penbugs to reach your dreams and goals with the same spirit you hold onto now. 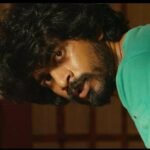 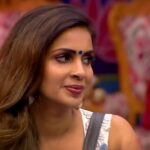