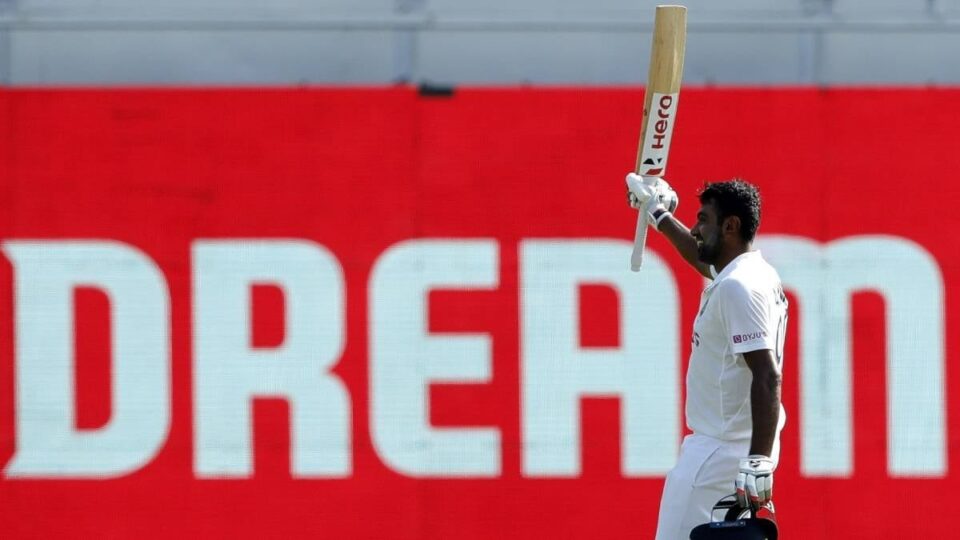 Ashwin loves the spotlight. No matter what he does. He loves to be in the centre. With the ball. With the bat. He used to be one in the limited-overs before Kul-Cha took over. He was slightly overshadowed by ever-impressing Jadeja who began to show his class with the bat as well.

With India producing winning performances everywhere, Ashwin’s door was shut in the limited-overs format. To add more, the change in the mindset, the new rules and the increase in the number of right-handers have blocked the way for spinners like Ashwin.

But there is one thing that differs Ashwin from others. He keeps himself relevant. He motivates himself to do so. Sometimes, he blows his own trumpet, that’s there but that’s how you keep yourself going. It doesn’t matter what the outer space thinks, Ashwin knows to grow and always ready to unlearn, relearn stuff to stay close to what he says.

He was ready to change his action, be the understudy for his coach when things weren’t going his way in 2014. He then went on to try multiple things even if it didn’t work out, he was confident enough to try them all. He made sure to bowl more outside-off, backed his traditional off-spin and had tasted success in recent times.

On Monday, Chepauk, the place where he had wandered right from his childhood, carrying the dream, witnessed something special. The decibel of the crowd kept increasing with every single day of the 2nd Test and probably, on Monday, it was the loudest. Something that makes you wonder how dreamy it would’ve been if there was 100 per cent occupancy.

When Ashwin came out to bat, he had two challenges apart from keeping the scoreboard ticking. One was to live up to the words he spoke the night before and the other was a bit of a personal battle; he probably would have felt that he needs to prove with the bat as well.

On Monday, everything looked magical for the local boy who has been living in a dream since the Australian series. Mind you, Ashwin has recovered from his back injury a couple of Test matches ago where he had put his entire body to save the Test. It wasn’t very long.

The Sweep Song began to take over from the 2nd delivery. His height helped him to have a longer reach and he was ready to put away any deliveries that were in his range. His knock wasn’t without drama. He was dropped a couple of times, and the flawless Foakes made a big mistake of missing a stumping. It was tough but not to his standards.

Ashwin stood on 68 when India were eight down. He needed 23 runs when Siraj walked in. This did get the crowd going. They cheered every single dot that Siraj had survived and every single run from Ashwin’s bat increased the decibel. Ashwin also made sure to give the fans what they wanted by going for shots.

Every time he stepped out, the crowd was on their feet too. By the time he got to his ton, the crowd was already going crazy. On the other hand, Siraj had the best representation of the emotional fan when he jumped, fist-pumped the air as he crossed Ashwin. Of course, Being the closest spectator during a knock like this doesn’t happen every day. Also, Siraj probably did that because he was relived, and was all set to free his arms. Of course, he loves to bat, doesn’t he?

Now, once again a lot depends on Ashwin when he comes back to bowl tomorrow but for today, the crowd had their money worth, thanks to their Ash Anna.