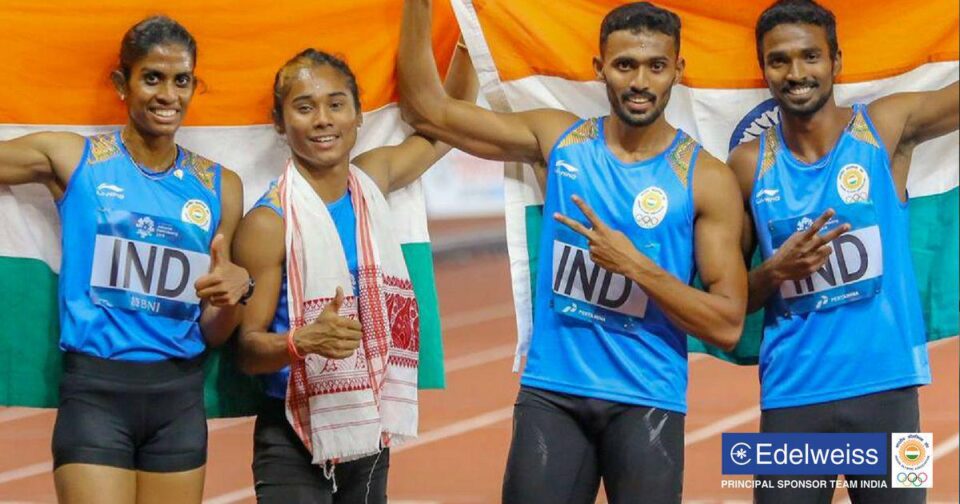 India’s medal in Asia Games 2018 where they won Silver is now upgraded to Gold as one of the Bahrain athlete failed doping test.

The Bahrain squad, which had initially finished first in the 4×400 mixed relay event, was disqualified with Kemi Adekoya of Bahrain being handed a four-year ban by the Athletics Integrity Unit (AIU) for failing a dope test.

“The additional medal takes our tally to 20, including eight gold and nine silver, the news comes as a fillip to us as we are aiming to build on the Asian Games showing and make a mark at the global level in the Olympic Games in Tokyo next year,” he said.

The gold in mixed relay means it now has two gold and a silver from the Asian Games in Jakarta, 2018. The relay squad will continue to train under coach Galina Bukharina.

The 4x400m mixed relay team of Mohammed Anas, MR Poovamma, Hima Das and Arokia Rajiv had finished in 3:15.71. India now is the first winner of the event introduced in the Asian Games in 2018.

Also, Adekoya’s disqualification means, India’s Anu Raghavan moves ahead to win the bronze medal from fourth position in the women’s 400m hurdles. Anu Raghavan had clocked her fastest time of 2018, 56.77 seconds in finishing fourth in the hurdles final.

Another elephant death likely due to crackers in Kerala