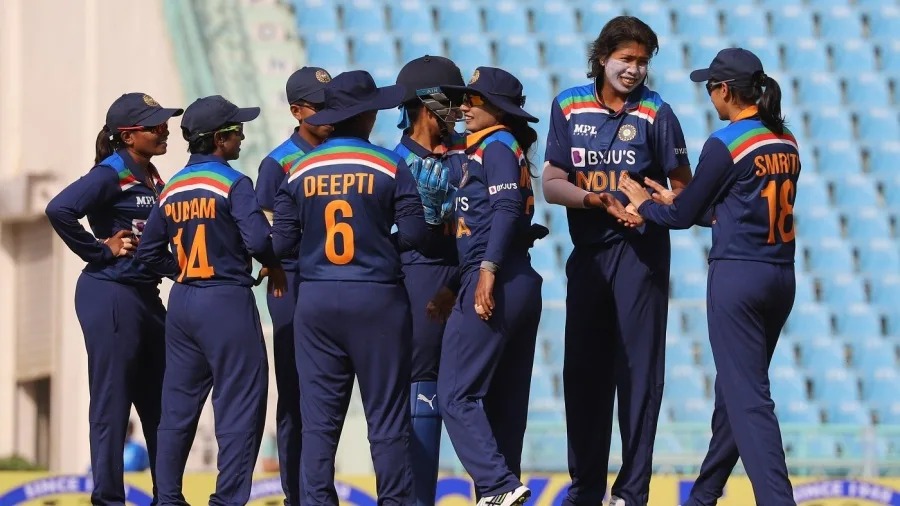 The Board of Control for Cricket in India (BCCI) has always been in question when it comes to women’s cricket. In one of his recent interviews with Sportstar, BCCI president Sourav Ganguly mentioned that the board has been doing everything they can give the unprecedented times.

To quote his words- “Our women are going to play Test cricket after eight years. They play a Test in Bristol and six ODIs and T20Is. Would you still accuse me of not supporting women’s cricket? West Indies will come and play in India.”

The “support” which Mr Sourav Ganguly mentions in the above quote irks me the most considering how the players are being treated.

The team had last played against South Africa and the squad had some of the new names, literally, out of the blue and there is still no proper communication regarding how they were selected.

While the future of the previous contract cricketers is uncertain at the moment, the team will be travelling to England very soon for their next assignment comprising of a one-off Test, three ODIs and as many T20Is.

Right after this, a report in India.com revealed that women cricketers were asked to take coronavirus test all by themselves while BCCI had conducted test for the men cricketers at their doorstep.

Both men and women team will enter quarantine soon in Mumbai and then will fly to England for their respective tour.

Soon, there was another report suggesting that most of the women cricketers will have to travel via a commercial flight while men cricketers who will also enter the quarantine in Mumbai at the same time will travel via charter flights.

Once again since there was no proper communication from the Board, This caused a huge on Social Media.

Later, Indian T20I captain and ODI captain Harmanpreet Kaur and Mithali Raj had to tweet to clear the air. Kaur tweeted, “The BCCI has organised Charter flights to ferry both men and women players to Mumbai before we leave for the UK. Considering the distance and individual convenience players have made their own choice.”

While Raj tweeted, “Traveling is a challenge in the pandemic but it is reassuring to see elaborate measures by BCCI for our health and safety. A charter to Mumbai and UK and regular RT-PCR Tests at home.”

Still, proper communication from the board would have solved this question in the first place. Whenever there is an issue similar to this, the players are being put in the spot to tweet or communicate. Shouldn’t this be the job of the board to keep us all on the same page?

If this is one thing, Former Australian cricketer Lisa Sthalekar had to come up with a tweet to let us all know that the board didn’t contact Indian cricketer Veda Krishnamurthy who had lost her mother and sister due to COVID19.

In a statement shared by Sthalekar, she also mentioned the importance of players’ association and suggested that it is the right time for BCCI to come up with one.

“Whilst not selecting Veda for the upcoming series maybe justified from their point of view, what angers me the most is that as a contracted player she has not received a communication from the BCCI, just to even check how she is coping. A true association must deeply care about its players and not focus solely on just the game at any cost. So disappointed. As a past player the ACA has reached out daily to see how we are and provided all kinds of service. If there was a need for player association in India it is surely now. The stress, anxiety, fear and grief that many players have experienced through this pandemic will take its toll on them as individual and inadvertently affect the game,” Sthalekar’s statement read.

Sadly, both BCCI and BCCI Women Twitter handle couldn’t even tweet regarding this. Considering the fact that Veda Krishnamurthy was a contracted player, this is like the basic thing to do. Of course, when they were able to come up with tweets for their counterparts, doesn’t Veda Krishnamurthy deserve at least a tweet?

It took days and Lisa Sthalekar’s tweet for BCCI to lend their support for Veda Krishnamurthy who had recently shared a tweet thanking the board for the support.

“Have been tough last month for me and family and I’d like to sincerely thank the @BCCI & Mr @jayshah sir for calling me few days back and extending support in these unprecedented times. Many thanks sir @BCCIWomen”, (sic) she wrote.

When you look at the whole picture, BCCI neither communicated well nor did something for women’s cricket before compelled/ criticised for keeping numb.

Right after the 2017 World Cup, Indian women’s cricket did attract millions of fans and this is already late for the Board to take proper action. Before it is too late, the board must increase the speed at which they are going when it comes to women’s cricket and everything begins with proper communication and transparency.

Mohammad Shami out for 6 weeks, doubtful for England 1st Test

IND vs AUS: KL Rahul ruled out of Australia Tour