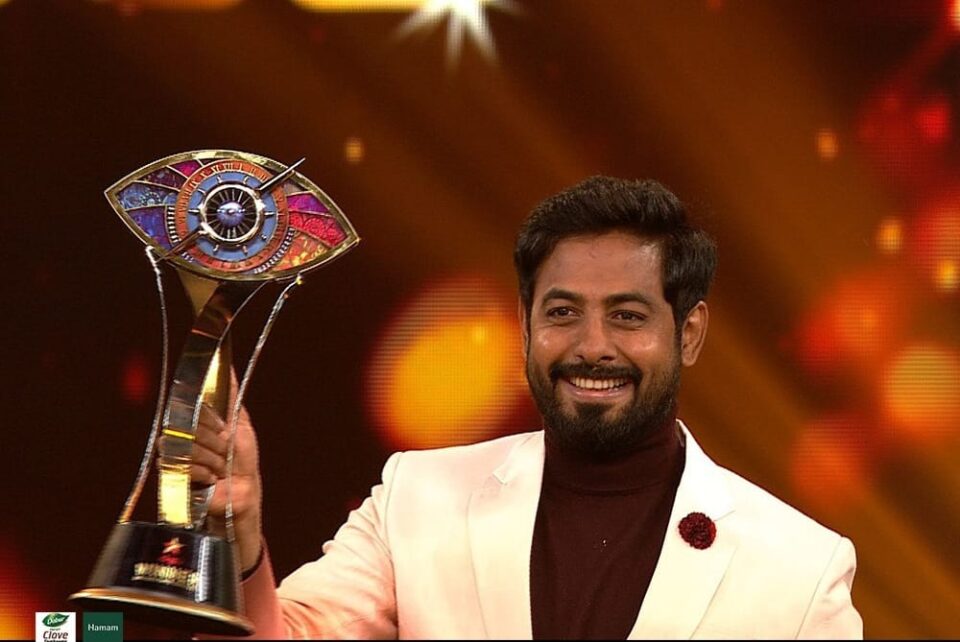 Aari, one of the most admirable contestants of season 4, has become the title winner. He has put forth his valid points on the right place at the right time for all the trivial issues inside the house. His game got stronger as much as his opponents did mistakes. He agrees upon the same.

Aari has never shied away from stating what’s wrong in front of him in the house. He has called out when contestants change the course of the game which might affect other deserved players. He called out contestants ganging up to avoid eviction nominations. He demanded a fair game and chances. He found himself standing along even when it hurt him, having no friend in house, accumulating stress in various situations without having anyone to vent them out. Aari fought every single challenge with his willpower only him to believe in. He approached the game straightforward and fair.

Today, in the finale, Aari won the title and prize money fighting all the odds. He shines now as the people around him did a lot of mistakes. He stands out because he called them out. Aari did have a way of provoking his fellow contestants with harsh words. But his faults didn’t bring him down because his fellow players didn’t fight him as logically as he did. Aari is sure a deserved winner in this set of audiences.

Kavin and Losliya to play the lead in Raja Rani 2?