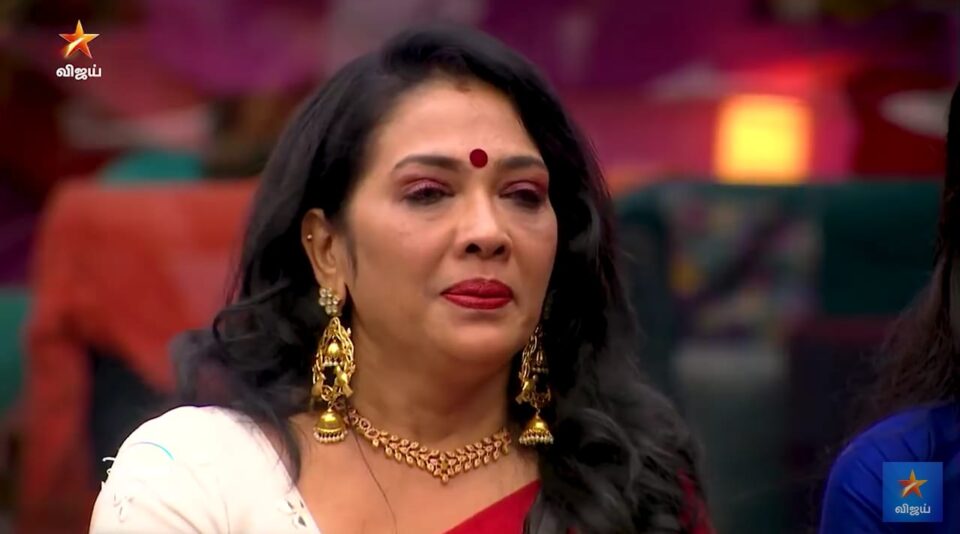 Second Weekend of the Bigg Boss is here where the first eviction of this season occurs. Kamal gives a monologue about the ill-practice in following social distancing rules in our society and the wrong way of wearing the masks. He advises people to follow the rules very seriously. He begins to talk to the contestants.

Kamal gives them 16 face masks and 16 honor badge which says face is the index of the mind. Majority of the housemates give Archana the honor badge that says “Face is the index of the mind” as she has been straightforward since the days she had arrived to the house. Majority of the them give face mask to Rio as they say he is being a masked person inside the house by controlling his anger and not showing his true self. After Rio, Aari also got the most of the masks as he was being called out many times for giving unsolicited advices. Aari says he had only done this in good interest and he felt bad the intent wasn’t rightly communicated. Rio denies the accusation of him being the masked person as it was him who revealed that he would only want to be called the gentlemen. Aari says that most of them in the house vote only based on the thoughts and reasons that the next person holds and none of them has their own opinion to say. Gaby objects this comment of Aari and says she doesn’t favor anyone or stick with the option what others chose. She says Rio is a good friend of her and still she chose to vote him as a masked person. Only Nisha stands by Rio that he is being his truest self than anyone in the house. Jithan Ramesh admits that he has called Suresh a dictator and partial captain to find flaws in every team except in him.

Kamal talks about the moment between Gaby and Suresh and remarks it as one of the touching moments of this season. And he also addresses how her close friends in the house Aajeedh and Bala who didn’t have the confidence on her for being a young captain. Kamal lauds Suresh’s decision to back youngsters to lead when the latter chose all the youngest in the house chores team as the captains. Kamal announces that Gaby is not only saved by Suresh and her friends inside the house but also by the friends outside the house. Gaby is saved from the eviction.That leaves Samyuktha, Rekha and Sanam. Kamal prevents the pressure and announces Samyuktha is also saved from the eviction. Between Rekha and Sanam, Kamal says Rekha is the one who leaves the house. The housemates get emotional to bid goodbye to Rekha who has taken care of the cooking chores with all the care. Rekha is asked to give her flower plant to someone in the house to take care of it on her behalf. She gives it to Rio. Rio, who told that Rekha’s childlike personality is very real and he realized that in his recent days, gets very emotional and tries find a corner to cry.

Rekha has a coin-bank which she can give anyone she likes in the house. She gives it to Shivani. Shivani, Bala and Sanam get emotional to see Rekha leave the game. Sanam feels that she has lost the one true well-wisher in the house. Bala is emotional that she doesn’t deserve to go and she left to save someone else. Rekha happily leaves the game after bidding a proper goodbye to Kamal and with a heartfelt experience from the game.

Kamal, as he usually does in this 4th season, suggests a book in his series of recommendation. This week, he recommends Venmurasu by Jayamohan. He shares a little, interesting anecdote from the book which gives a different perspective on Mahabharath and suggests this treasure needs to be celebrated. Bigg Boss game continues with 16 contestants including Archana now under Rio’s captaincy.

Stay with us for more updates.

Kavin out of Bigg boss?