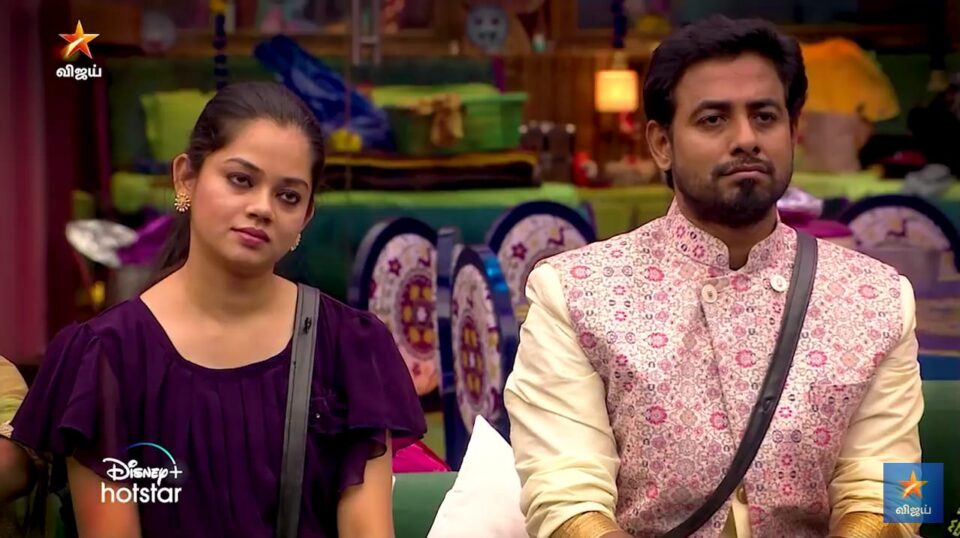 Kamal unearthed many misunderstandings the housemates have of each other in today’s episode. He addressed Bala’s misunderstandings of his role in luxury task which paved way for zero budget to the house. And he addressed a rift between him and Gaby when Bala thought his honesty had been questioned. Kamal clarified that it was misinterpreted by Bala. Suchi who supported Bala at the time without realizing she would be only later treated like a third wheel, now extends her support to Gaby.

Contestants are asked to show their plants they brought with them inside the house. Most of them don’t remember which’s whose. Samyuktha, Rio and mostly Ramya have been amicably taking care of the plants by using kitchen wastage as natural fertilizers.

Samyuktha says that Anitha-Sanam-Aari, the trio, seem to have split apart this week under Aari’s captaincy. Though Aari’s approach to be fair and maintain diplomacy during his captaincy which led for some disappointment with Sanam, Anitha, Aari’s mostly lauded for his captaincy as Suchi adds that he involved into the tasks and not only supervised.

When Anitha kept reiterating her point about the rift between Aari and her, Kamal insists that she need not to as she had already explained herself. Anitha still thinks she isn’t given enough room to speak, criticises Kamal of being partial. Sanam advises her it might be due to some negative traction out there but Anitha doesn’t embrace her flaws. She focussed on being error-free even when at fault at the price of anyone’s fall.

Sanam pointed out Aari focussed on being on the good side this week and didn’t fight his inhibitions. Sanam-Aari’s argument over food wastage is addressed. Sanam accepts the boring performer of this week since she didn’t play the mother role to Bala in luxury task.

Kamal asks the contestants who would have nominated them this week even though there is no eviction. Many innate thoughts are thrown at each other which leads way for more clashes or a way to sort it out. Aajeedh is this week’s captain.