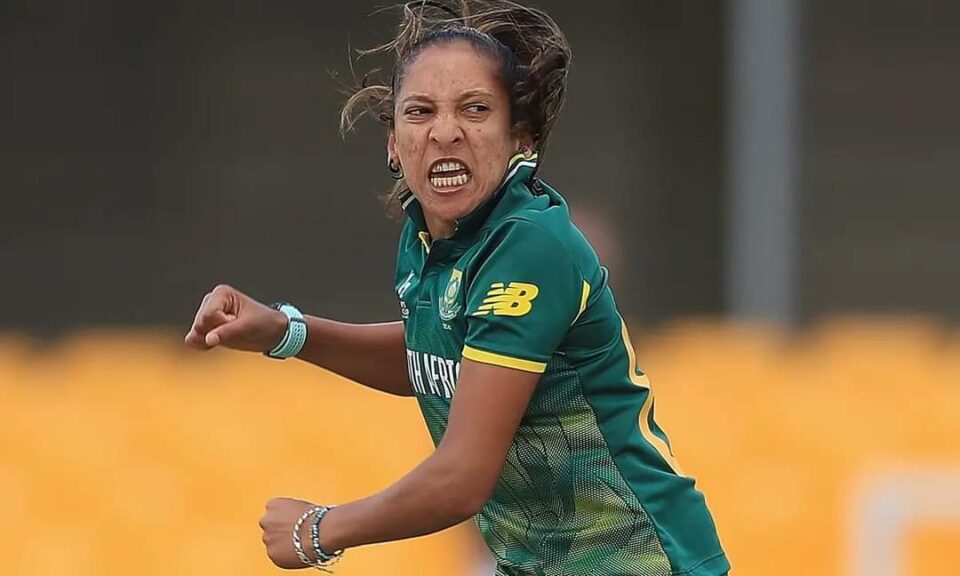 There is no terrifying scene in cricket than being at the receiving end of Ismail’s bowling. She runs quick, has this fierce action. Before you could get ready to play your shot, the ball would have crossed or you will be down by then.

Not many bowlers can defeat Mithali Raj. Ismail has pushed her, got her down on her back multiple times. Smriti Mandhana got hurt while trying to play her favourite pull shot because the ball was too quick for her. Shafali Verma got hit, Suzie Bates couldn’t get her bat in time to safe herself, Stafanie Taylor had no idea when a good delivery got between her bat and pad to dislodge the stumps.

Ismail isn’t all about pace alone. There is some elegance to the explosion. When Kapp is on the other side, it is a battleground. While Kapp goes the wily way, Ismail gives it all for the speed. They are the epitome of destruction. Something that’s nice to watch but not so nice if you are the batter.

Ismail is the youngest of seven siblings of the family that moved from India to South Africa years ago. Cricket wasn’t her first choice, but football is. She didn’t know about the game or play it until her friend in school introduced it to her. Since then, there was nothing that could stop Ismail. While she wanted to become a batter initially, she changed her mind after watching Dale Steyn. Of course, when she was taking up the game, Steyn was doing wonders. But before Steyn, it was Nel.

Nel’s bouncers, passion, aggression and speed were Ismail’s fantasy, and she even wears the same jersey number as Nel’s. She wasn’t a copycat although he teases her for being one. Nel was there consistently whenever Ismail wanted to go back to the basics and learn.

Her Grandfather was her go-to. He moulded her when she was young before Nel’s bowling videos took over. Her late Grandfather aimed to make her a pacer, the fastest in the world. It became her aim too. In 2016, she became one when she clocked 128 kph in the WBBL, but she didn’t want to stop there. She had to market her skills to get there because she normally is not the most popular South African around. You talk about South Africa, her name would pop up probably fourth or fifth at the list.

At WBBL, she had the chance to open with the other fast(est) bowler, Katherine Brunt. They were bowling as if there was a competition to clock faster deliveries. It was fierce and aggression, written all over.

She is not a religious person, but she prays daily. She is a Muslim. Today, she inspires girls from same upbringings to come forward to play the game. She runs an academy along with Trisha Chetty to teach girls.

All these and also she is a mechanical engineer. Cricket isn’t a profession for women in many countries. Those days, South Africa didn’t have contracts help their marquee players, and when Ismail broke her finger, she had to do something to survive. Engineering came in handy. She preferred Mechanical Engineering because she loves cars. Fast cars to be precise. She loves everything that is fast. The Engineering job fitted her needs perfectly.

Now, after years, she is also a freelance cricketer today. She travels the world, plays wherever she gets an opportunity and tries to be as fast as she can, enjoys the fear on the batters, practices hard and returns home with satisfaction. Oh, that satisfaction. She doesn’t get there very easily. She is crazily obsessed to bowl fast, and she keeps trying so hard at this. She wants to be the best in the world, even if she is one of the best, it is not enough for her. She challenges herself, achieves them one by one and goes back to begin again. There is no one in this world is as competitive as Ismail, but that’s how champions are.