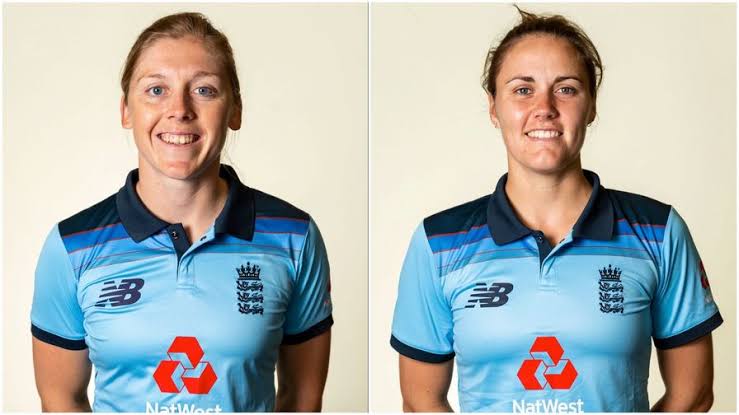 It is so good to have cricket back and nothing makes it better than having a live streaming.

England had an intra-squad warm-up match on Thursday. The squad that returned to training was divided into two teams which was named after two England legendary cricketers.

However, Anya Shrubsole who had surgery recently didn’t play the game but was one of the umpires.

The match began with Brunt dismissing Beaumont early in the innings and the other batters followed right after getting a start. Wyatt was left without long partners until Davidson-Richards joined. Wyatt scored 88 and Davidson-Richards had 48. They took the team to 250. Brunt had three wickets and Glenn took two wickets.

In return, Team Heyhoe-Flint struggled at the beginning as both the openers got out early by run-out. While Smith didn’t face a single delivery, Winfield had 3 off 16.
Minutes later, Jones was dismissed cheaply as well.

However, Knight and Elwiss provided the relief and resistance. It didn’t last longer as Knight was bowled by Davidson-Richards for 31.

Brunt then joined Elwiss and they slowly brought the team back into the game.

Wong, one of the players to watch out for, got rid of Elwiss for 54 and the team needed more than 100 runs with five wickets in the hand.

Glenn and Brunt shared a beautiful chemistry while bowling. They brought the same while batting as well. They not only played safe but also quicker. With an impressive 104* partnership, they drove team safe. Brunt stood unbeaten at 68 and Glenn at unbeaten 52. Team Brittin had Beaumont keeping the wickets and that’s something to be noticed.

Now, this match is a good headache to have for the team as a lot of players from the squad coming good at the right time, especially, after the lockdown.

WIPL, Match 3: Supernovas take on Velocity in a must-win encounter