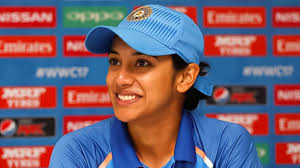 Indian opener Smriti Mandhana said that she haven’t thought of the captaincy yet and her goal right now is to win matches for India.

“Well, the goal right now for me is to only win matches for my nation and nothing else. Captaincy is something that will happen to you when it has to. I personally haven’t thought about it yet,” Smriti Mandhana said.

She also added that COVID19 did not impact the women’s cricket more however they have to start performing again to gain the interest back, something they had during the women’s world cup T20.

India is yet to play a game since the World Cup T20 in March. Due to the increasing number of cases, India’s tour to England was cancelled.

Women’s T20 Challenge, the exhibition tournament which will be happening during the IPL 2020 at UAE will begin in the month of November.

Yuvraj Singh confirms plans, might come out of retirement, to play in domestic T20 season