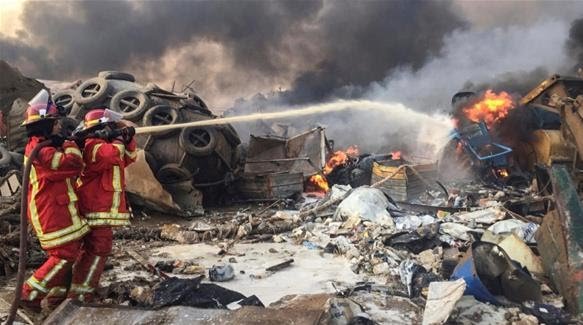 A huge explosion was reported in Lebanon’s capital Beirut. The explosion shattered windows and rocked the nearby buildings.

An enormous cloud of smoke could be seen from across the city and eyewitnesses said there were reports of a fire and several smaller explosions at the port that preceded the large blast after 6pm on Tuesday.

At least a dozen of people could be injured and might be trapped as well.

The cause of the explosion is yet to be confirmed. The Lebanon’s Health Minister told the journalists out there that the explosion was due to a ship that was carrying fireworks blew ups

However, looking at the size of the explosion, a rocket strike is doubted and this act “could be” deliberate.