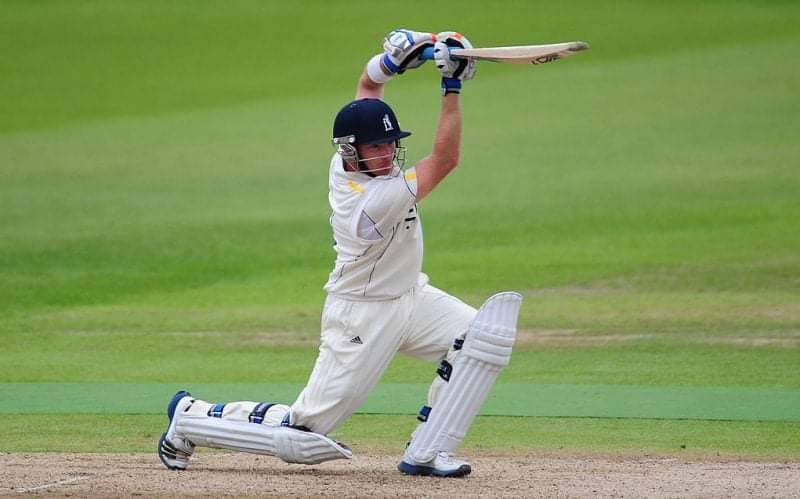 In the world of unorthodoxy, where reverse sweeps and scoop-shots are the batters’ go-to, Ian Bell had it all in a contrasting way. Whenever he came out to bat, there was a sense of calmness coupled with grace. He would go on, seduce us all with his cover-drive. Something so perfect that you’d forget the whole world and would ask for more.

He was a phenomenon, too good, so talented that he made it to the under-19 team at the age of 16. He had multiple tons in a tour against players like Jason Gillespie who also went on to become a legend of the game.

Gillespie is long gone now. In fact, most of the players who played against him and with him. He is one of the last if not the last man standing from the 2005 Ashes. He played through different eras. Players who played with him are coaching him now. Some are umpires and some are commentating for his game. Even the finest must age that Bell had walked out for his final game in the Whites. He blames his body for the retirement yet he still plays has the game and ends up scoring a fifty and a ninety in his farewell match.

He was a teen when he made it to the team as a cover for Mark Butcher. He soon was burdened with two caps, one was the cap of expectations which he could never fulfil, the other was England’s cap. The latter though, he enjoyed wearing it. He made a reputation for himself while wearing it. Saving England from the disaster was his daily job. Such things began in 2009-2010 when the team toured to South Africa. He made a beautiful 104 off 227. Well, that wasn’t the best of the tour. What followed was a grind for more than 280 minutes alongside different tail-enders to save England from losing the Test. He was the last wicket to fall and thankfully, Onions played out 11 deliveries, in the end, to save it for England. That was probably one of the best ever knocks in the overseas conditions.

The next two years belong to Bell. He averaged over 65 and was scoring tons for fun. He would go in looking all fragile. His cover drive was his Spinach and a couple of cover drives later, he would suddenly become the Popeye and would sail his team through all the Blutos.

In 2012, His sail came to a halt as Ajmal stole his spinach, defeating him, making him vulnerable.

The hard work, quality, dedication always find a way to climb over the failure. Bell did. He came back stronger in the 2013 Ashes where England won 3-0. Bell had a ton in all the three matches.

But the good things do come to an end as he had to call a day earlier than expected. Of course, it took time for him to realize that he would never make it to the team again. England moved on. They found comfort in Root.

Bell, as he always says, “Once a Bear is always a Bear”. He embraced Warwickshire captaincy. Something he dreamt of doing since 1993. This was a young kid’s dream who would wear the team’s jersey and would cheer for the team from the stadium. More than two decades later, he became the captain of the team and led them to the One-day Cup as well.

He then turned freelance, going around the world, playing in franchise cricket. He brought the calmness and elegance to a different world. He was the summer grass in the winter. So special. So beautiful.

However, Bell’s problem was that he was standing in the shadows of Cook and Pietersen. The shadows of these two pillars stole what Bell deserved. Still, what he had left behind is huge. A bell-shaped hole in the middle order. Yes, Today, England have moved on with Stokes doing everything and beyond but there was something special about Bell that Stokes will find it hard to achieve. The Seduction. Well, at least to me… To that kid who fell in love with England cricket because of this seducing cover drive.

I wanted to take a break after T20 World Cup: Harmanpreet Kaur