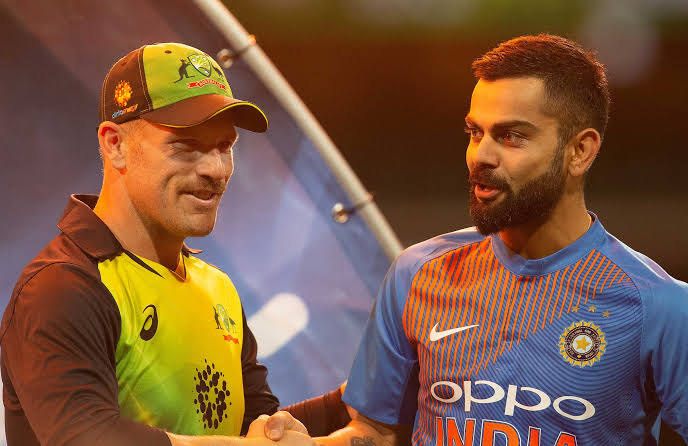 Indian Premier League will begin in UAE from September 19 and almost all the foreign players are available during that time.

Australian limited-overs captain Aaron Finch will be joining Virat Kohli in Royal Challengers Bangalore. He was picked up by the franchise for Rs 4.4 crores.

Finch, during his recent interview, told that he is pretty excited to play under Virat Kohli and is excited for this opportunity to watch him closely.

“It will be my first time playing under Virat’s leadership but something I’m very excited about. Having played against him for a number of years now in international cricket and IPL I know how driven and competitive he is, that something I’m looking forward to seeing up close,” Finch told ANI.

The former number one T20I batter said that his experience would come in handy for this IPL and he believes that he would take pressure off Virat Kohli.

“I hope that my experience will come in handy, being able to help out anyone I can during the IPL. If that means I can help take some pressure off Virat then I will do everything I have to.”

“I know how competitive and driven he is. I can’t wait to join up with RCB,” Finch said.

Finch, who played 61 T20Is for Australia, 75 matches in the IPL and another 62 in the Big Bash League, said that it would have been great to play the tournament in front of Bangalore crowd but he is still excited to play for the franchise at the UAE.

“To get the opportunity to play for a franchise that has some of the greatest players in the world is going to be fun. It would have been amazing to play in front of the home crowd at Chinnaswamy but representing the franchise in UAE will still mean a huge amount to me,” he concluded.