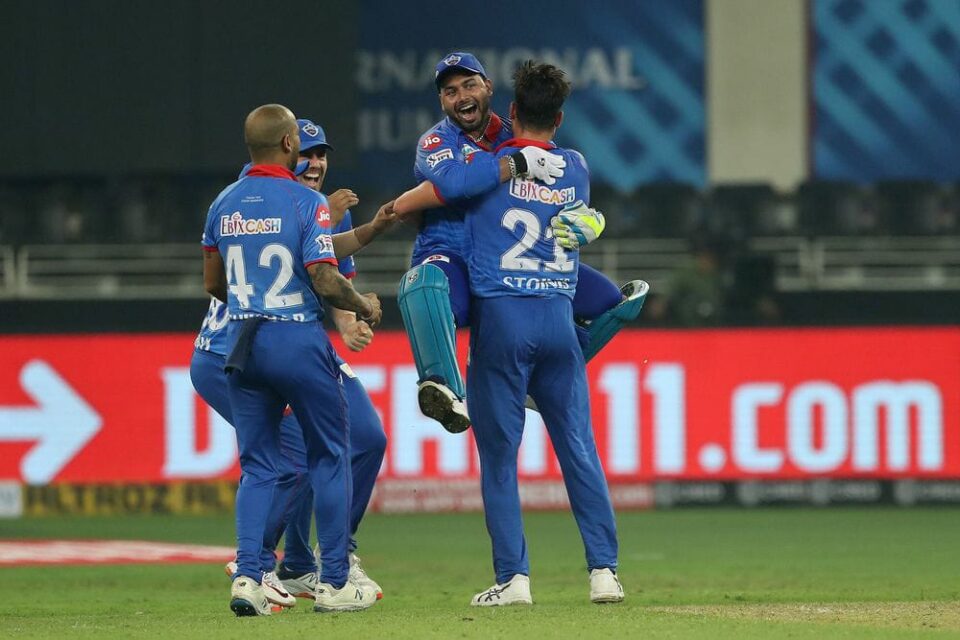 This match was supposed to be a close contest and it was one. Delhi Capitals who looked down and out in most part of the game, came back stronger in the death over to tie the game and win it in the super power.

The DC batted first and the batters had no idea as Shami’s magic spell destroyed the top-order. Shreyas Iyer and Rishabh Pant took their team to add something on board but when they could begin to attack, they were dismissed by some clever bowling from their opponent.

With literally no support, Stoinis brought his BBL form, where he was the leading run-scorer and showed his power. He ended up scoring 53 from 21 deliveries and dragged Delhi to 157.

For Punjab, Cottrell’s two and Shami’s three did the trick.

In return, Mayank Agarwal witnessed his partners going in and out one by one. Gowtham, at the end, gave some relief by scoring 14-ball 20 but that wasn’t enough to stop the run-rate that was climbing.

In the final over, the team needed 13 with Agarwal and Stoinis at the crease. Stoinis gave a six and a four and the scores were tied at 19.4 overs. With two more deliveries to go, it should have been an easy win for Punjab but there was a twist. Stoinis removed both Jordan and Agarwal in consecutive deliveries to take the team to a super over.

In the super over, Rabada dismissed both Rahul and Pooran and gave away just two.

With only three runs to win, Shami was supposed to be disciplined but he gave away a wide and Pant scored two runs in the 3rd ball, helping the team to win.