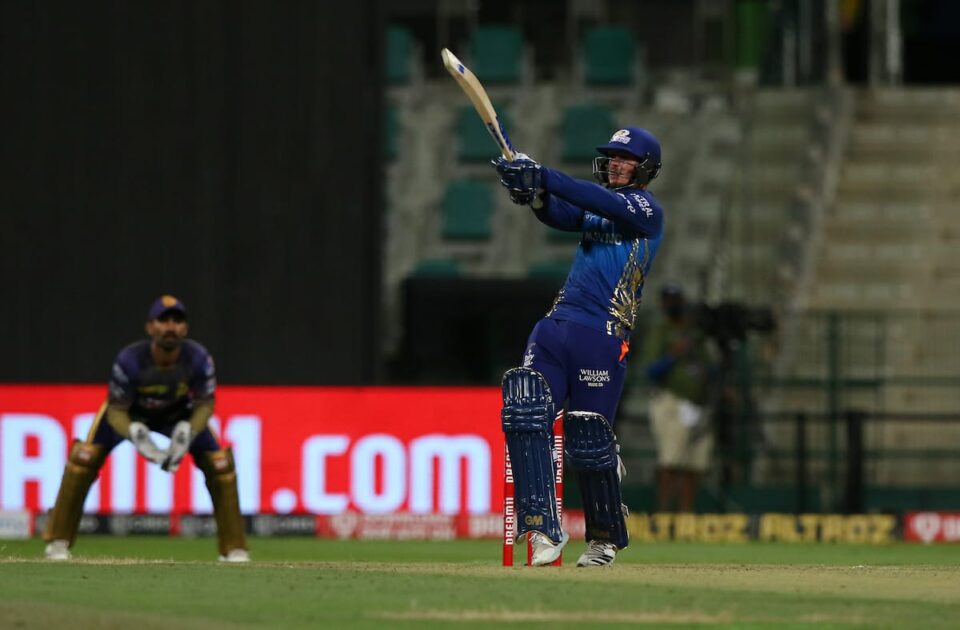 Kolkata Knight Riders batted first and lost wickets early in the innings. At one stage, the team was 61 for 5. The newly-appointed KKR captain Eoin Morgan alongside Pat Cummins added a brilliant partnership to rescue the team and took them to 148.

In return, Mumbai began extremely well with an opening partnership of 94. Quinton de Kock did the maximum damage with 78* from just 44 deliveries. Rohit Sharma struggled, but managed to score 35 from 36 deliveries.

In the end, Hardik Pandya smashed 21* from 11 deliveries and took the team home.

There is something about Veda Krishnamurthy

On this day, in 2014, India created history by defeating hosts England!