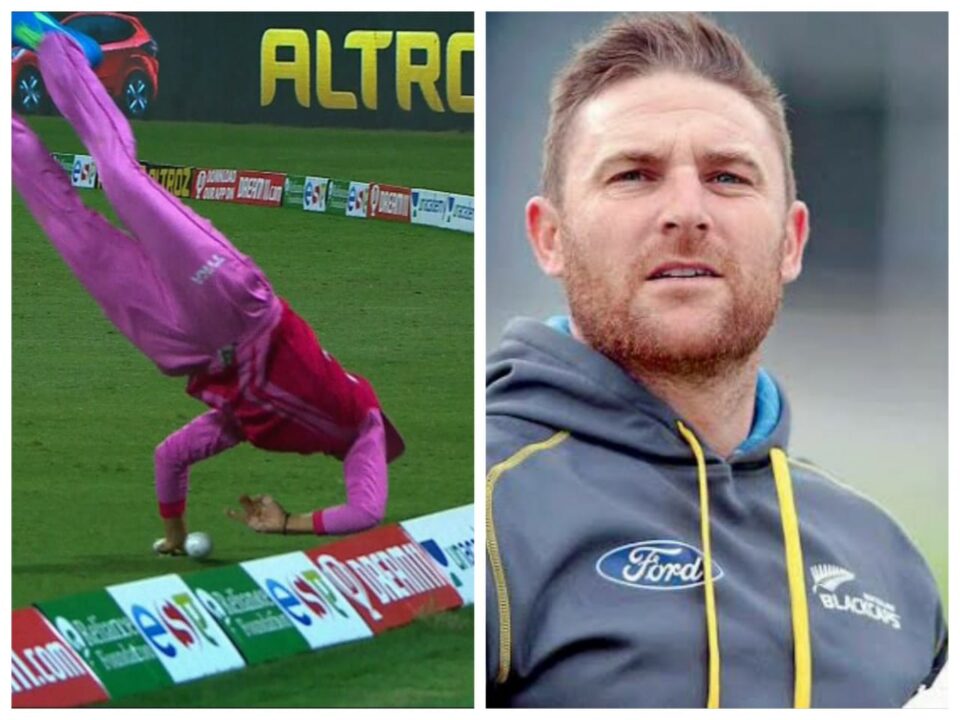 On Monday, Nattakan Chantham pulled off an extraordinary save where she saved a certain boundary off Sophie Ecclestone’s over.

The best part of the fielding was that she got up very quickly to throw the ball in time leaving us all shocked.

Chantham, who deserved to bat on top, couldn’t find a way, blame the batting order of the Trailblazers but that didn’t stop her from making an impact in the tournament.

Right after it happened, the video went viral on social media and people began to compare her efforts to that of Brendon McCullum.

McCullum was shown the video and he had his say.

Toby Marriott, the founder of Sporta Media took to his Twitter to share the video. In the video, he shows Chantham’s effort to McCullum.

“Firstly, can I just show you this bit of fielding… from yesterday because it looked like something you’d do,” he says.

He added, “I think the rate of knots in the women’s game is improving.. is amazing, isn’t?

It’s a sensational bit of fielding…Especially as a coach, that’s what you like see”.

Chantham did not stop there but went on to pick an excellent catch to dismiss Jemimah Rodrigues a few overs later.

Trailblazers went on to win the tournament for the first time as they defeated Supernovas in the final.

"That's a sensational bit of fielding"