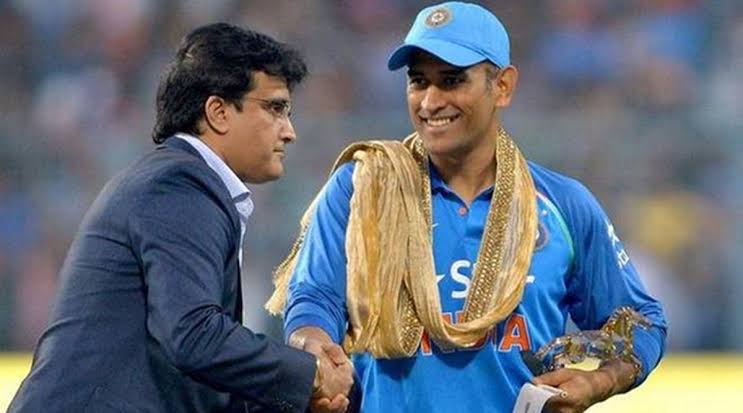 MS Dhoni retired from international cricket on Saturday. Right after his retirement, the messages are pouring from different parts of the world for the former Indian skipper.

Now, BCCI had made an official announcement about the retirement of Dhoni.

BCCI President Sourav Ganguly said that it is an end of era.

“It is the end of an era. What a player he has been for the country and world cricket. His leadership qualities have been something, which will be hard to match, especially in the shorter format of the game. His batting in one-day cricket in his early stages made the world stand up and notice his flair and sheer natural brilliance. Every good thing comes to an end and this has been an absolutely brilliant one. He has set the standards for the wicketkeepers to come and make a mark for the country. He will finish with no regrets on the field. An outstanding career; I wish him the best in life,” he said.

BCCI secretary Jay Shah said that it was a personal decision and he respects that.

“MS Dhoni is one of the greats of the modern era. I understand it’s a personal decision and we respect that. ‘Mahi’ as we all fondly refer to him, has had an exceptional career in international cricket. His captaincy has been both inspiring and commendable. He is leaving the game richer from the time he joined. I wish him all the very best for IPL and his future endeavours.”

Here is the full article-
https://www.bcci.tv/articles/2020/news/147351/ms-dhoni-retires-from-international-cricket

Couldn’t believe she was 15: Danielle Wyatt on playing with Shafali Verma