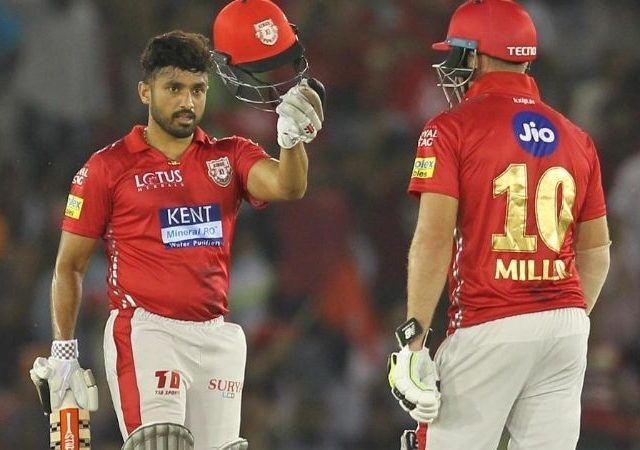 Recently, many news portals reported that Indian cricketer Karun Nair was tested positive for coronavirus but had recovered in time. However, Kings XI Punjab CEO Satish Menon has dismissed such reports.

“This is absurd, there is no truth in these reports. He had some mild fever, that’s all. Nothing to do with coronavirus. He’s perfectly alright and has started training. All our boys have started their training in their respective cities,” Menon told Times of India.

“The team management is very particular about all the social distancing guidelines and SOPs given by the BCCI. We are making sure there is no compromise on any of that. In fact, the management will educate each player individually about the risks involved and the importance of keeping a safe distance from the deadly virus.”

Menon also added that KXIP head coach Kumble is keeping an eye on each and every players who are getting ready to join the training camp.

“Kumble has been very busy monitoring the players’ training and fitness once the dates of the IPL had been announced. Not only the Karnataka players, the head coach is also virtually keeping an eye on youngsters like Ishan Porel, who is training in Kolkata,” Menon said.

“As of now, we have seven names confirmed, and there is one more name coming up in a couple of days. They will join the rest of the squad in Delhi and Bengaluru, before we fly out to the UAE on August 20.”

The 13th edition of IPL will begin from September 19th in the UAE.