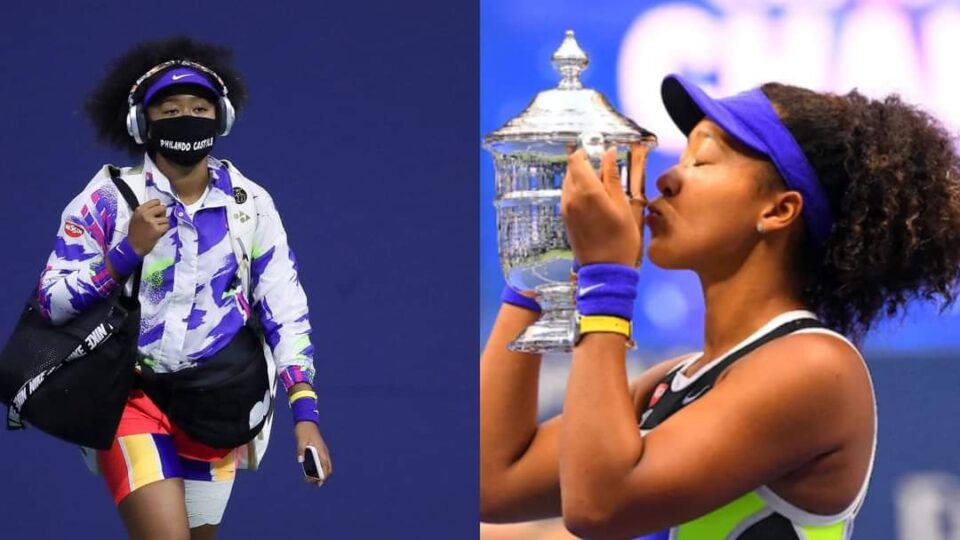 The Tennis world fell in love with Osaka when she was 16. There was this whimsical humour that made us all laugh and it was more like a fairytale. It was not until 2018 that the Tennis world really got to know her. She was winning. Right from her first match, everyone loved her. Powerful groundstrokes, funny interview and whatnot. When she came to know that she would meet Serena Williams in the final, her message to her was “I love you”. She enjoyed being a fan. She was one among us.

A dramatic final saw Serena Williams and the crowd go down that day. You don’t see that often. You don’t see Serena Williams going down often. No, not in final but Osaka special she managed to win the match despite all the drama that went around her. After the match, both Serena and Osaka faced discrimination. There was racism. Oh, ask Serena what she had to go through day in and day out. Osaka was on the receiving side too but Serena had it more difficult. There was sexism, racism and there were totally bad cartoons. Osaka was young what would she know.

Next year, she won the Australian Open. No drama this time. Just another fairytale moment. She then fell short in multiple tournaments that followed but again, she was all cheerful. Enjoyed every single moment on-court. In the off-court, coaches were fired, she went through depression. Her life was different that one could imagine.

This coronavirus made things worse for everyone. Oh, at least people are working to cure the disease but there is something else. Racism. The murder. Black Lives Matter Movement began. Osaka changed. She realized the importance of speaking up. She rallied for the movement. She bashed people on Twitter who tried to “teach” her. She withdrew from the semifinal of an open to protest. Two years ago, Osaka wouldn’t have imagined doing all these. She grew. She realized the importance of speaking up and why it is not enough just to be anti-racist. She wanted to voice out. She really did. Oh, she is just 22.

At this tender age, she shouldered a bigger battle. US Open was one thing but she made sure to make use of the platform to create awareness. Of course, there was no crowd. But her masks really did make people speak up. She made heads turn, made the headlines with 7 different names on the mask. There are plenty more, she said. They were all killed, murdered by the racist people. She took the responsibility of making people hear their voices. Their story. Their life and their end. It was a story to be told. A story that shouldn’t have ended this early.

After every single match, she went back to wear Kobe’s jersey. She found home and comfort in the jersey. She found power. His words motivated her. He wanted her to be a champion. It really did hit her hard. She was out there giving a knockout punch to her opponent to cruise through to the final. Azarenka awaited. She certainly is an inspiration too, well that’s for later.

Azarenka won the first set and was almost broke Osaka. But from nowhere, the latter launched rocket serves to save the game, the set and then went on to win the final set. After winning, she fell to the ground. Stayed there, starred at the skies for minutes, wished to see what the legendary players saw when they did that. Came back and gave a speech.

Two years ago, nobody would have listened to Osaka. Today, she is the highest-paid woman tennis player. She is winning Grand Slam and people are falling in love with her. She will not stop. She will keep fighting and would force people to speak up. Osaka is using her power rightly and showing us why she is a role model.