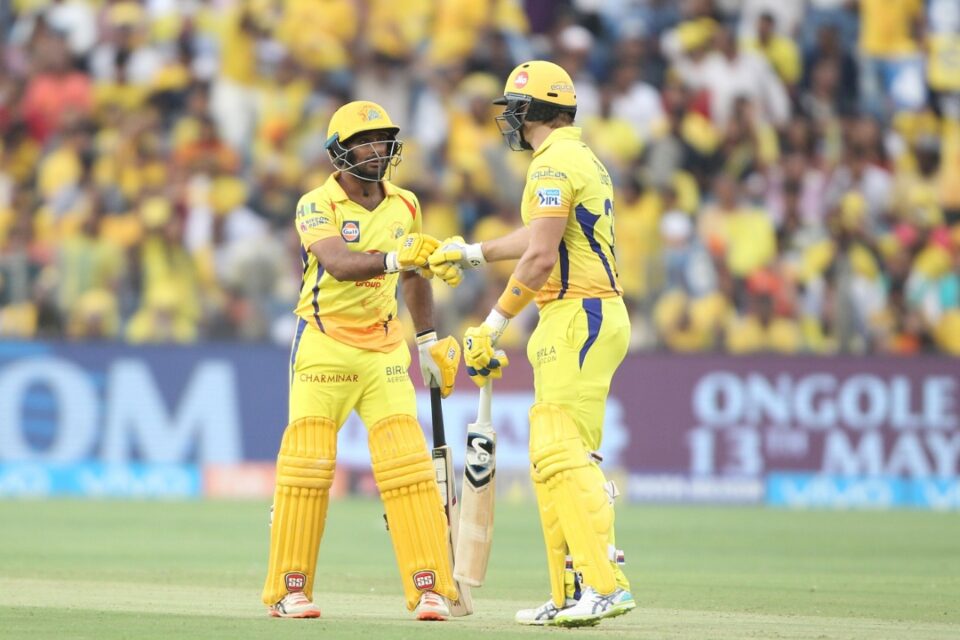 Chennai Super Kings opener Shane Watson has praised Ambati Rayudu for his knock against Mumbai Indians in the first match of the IPL.

Rayudu went on to score 71 in tough conditions. He came into bat when CSK had lost two early wickets and was chasing a decent total.

“Gosh, Ambati Rayudu! 71, he batted absolutely beautifully. He is an incredibly talented batsman, I think it’s a loss for the Indian cricket ODI team by not picking him in the World Cup squad for 2019. He is a seriously talented batsman.

“To be able to take Jasprit Bumrah like he did, to take him on… he batted incredibly well. He has got shots all around the ground. And he has got a fair bit of point to prove against his old team MI. It was a great start for CSK,” Watson said in ‘The Debrief’ episode on his YouTube channel T20 stars.

Rayudu, despite doing well at the number four position, was dropped to give Vijay Shankar a chance. The team selector MSK Prasad said that Vijay Shankar is a 3D player.

In this IPL, he has taken up the responsibility to fill the void of Suresh Raina. The latter had pulled out of the tournament due to personal reasons.

MS Dhoni is like a mentor to me: Rishabh Pant