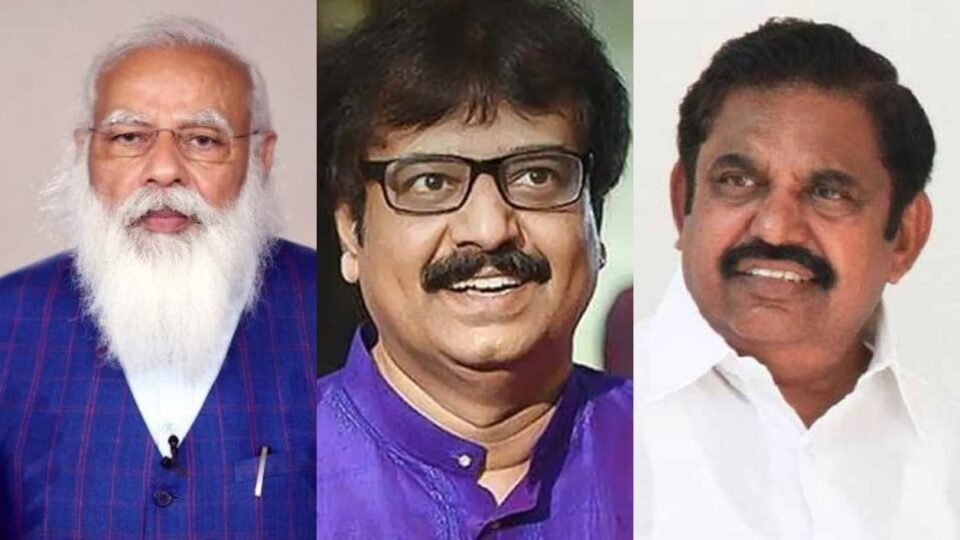 Actor Vivekh’s death has saddened the entire industry. The actor was more of a household name and has touched everyone through his acting, his comic timing, and social messages through his comedy.

The actor suffered a massive attack on Friday and had passed away on Saturday morning. Millions of people have taken to social media to pay tribute to the legend.

Mr Modi said in a tweet: “The untimely demise of noted actor Vivek has left many saddened. His comic timing and intelligent dialogues entertained people. Both in his films and his life, his concern for the environment and society shone through. Condolences to his family, friends and admirers. Om Shanti.”

“Mr. Vivekh is a social activist even in his personal life with high social ideals. He was a role model to the youth. He was a support to the government in environment protection, forestation and against plastic ban,” Mr. Palaniswami said.

The CM said that no one could fill the void created by the death of the actor.