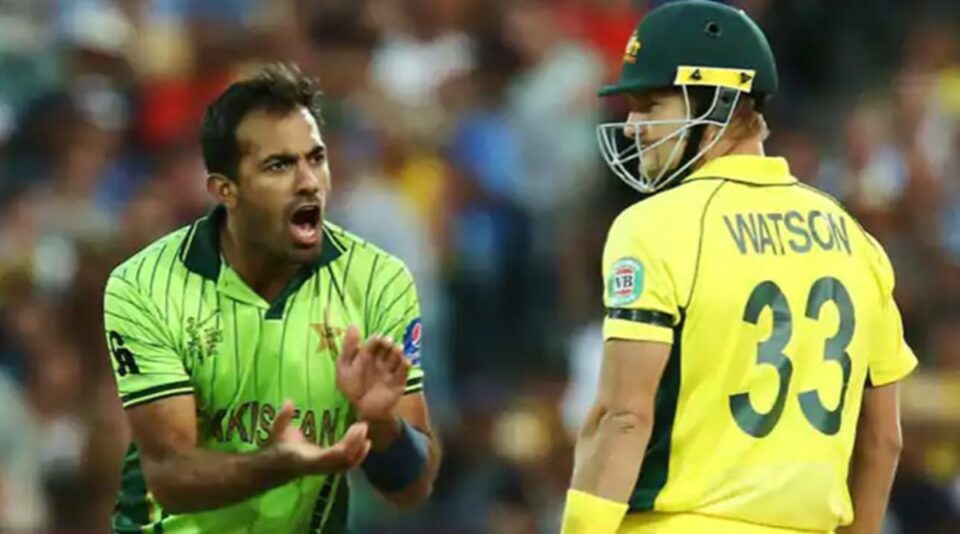 Shane Watson and Wahab Riaz had quite a battle during the 2015 World Cup.

Riaz produced one of the best spells of his career against Watson. The later had no clue what he was doing out there. It was hard for him because Pakistan was building up pressure and things worked well for that at that time.

Talking about it in an Instagram interview, Watson said that it was one of the best moments of his career.

“Wahab Riaz went absolutely crazy, bouncing the living daylights out of me, he bowled super accurate and he kept bouncing me,” Watson said about the match.

“It was very silly and naive of me that I didn’t realise that Wahab Riaz could bowl that fast. I said something to him – because he kept playing and missing Mitchell Starc – so I ran past him and said, ‘Have you got a hole in your bat? Because you just keep missing the ball.’ And again, I didn’t realise he could bowl that fast so once I got out there, I got absolutely peppered,” he said.

Riaz after picking up two wickets was all fired up and produced one hell of a spell. However, Watson got through the danger and took Australia to win that day.