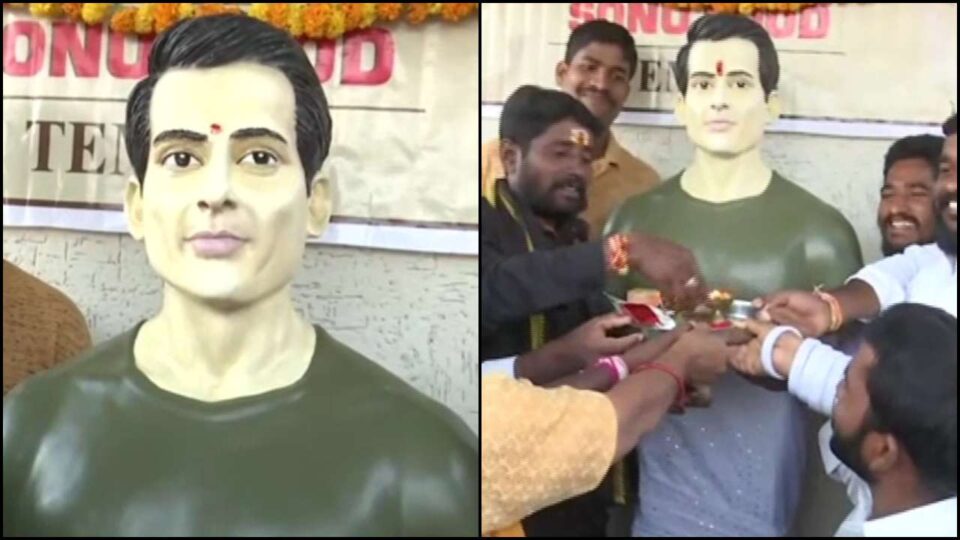 Actor Sonu Sood has been one of the very few stars who had volunteered to help people during this coronavirus pandemic. From turning his hotel to hospital to sending the migrant workers home, Sonu Sood won millions of heart by his humanitarian efforts.

Recognizing those efforts, locals in Telangana has dedicated a temple for the star. The temple is located in Dubba Tanda village of Siddipet district.

Talking to ANI, a local resident said, “He helped so many people during the pandemic. It’s a matter of great delight for us that we’ve constructed his temple.”

Overwhelmed by the gesture, Sonu Sood said in a statement that he doesn’t deserve it as he was only helping his brothers and sisters in need.

“This is an extremely overwhelming moment. But at the same time I don’t deserve this. I’m just a common man who helped his brothers and sisters,” he said.

Pant has to be in the middle order: Ricky Ponting | IND vs AUS

Sachin Tendulkar recalls his 1st tour to Australia in 1991

Lollu Sabha is back on Vijay Television!

75 Districts in India to go under Lockdown until March 31st

IT searches on Vijay and others: Rs 77 Crore seized from financier Anbu Chezhiyan’s premises