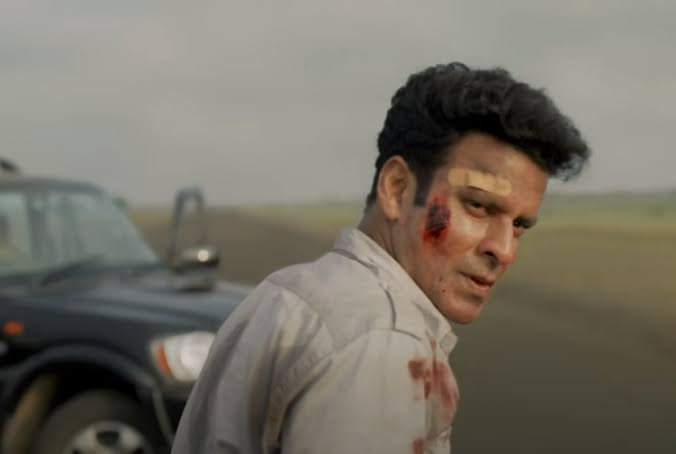 A collective battle of the marginalized and displaced shifts and unites its ground to India from Sri Lanka which is tackled by The Family Man within his wits. The horrible things and the violent backgrounds elevate the fighters spirit in plotting searing acts.

The extraordinary performances of Samantha Akkineni and Manoj Bajpai, surely, don’t get unnoticed. The makers, Raj and DK, seem to have equally spread their emphasis among the battle of the soldiers and the government officers, who are unsure of whether they stand by the truth or just by the mere pettiness and egoistic nature of political officials. They convince themselves at many moments that they are just doing their job without letting them buy into any fighters’ ideology. They feel it would cost them their peace and they might have to bigger price to pay when they stand by the right. And it’s easy to stand by the rules.

A compelling Samantha, as Raji, gives an arresting performance. While her character amounting to have a bigger stake as the final act nears end, the adieu, the show pays to her character, seems to dismiss all the character build so far. It vanishes into a thin air. The show offers many finely-drawn, thought provoking moments when it makes a Sri Lankan Tamil and a Kashmiri come together to fight for what’s rightfully theirs, while always losing to the power. The hustling complex characters do their best in the no-win situations.

The unfinished business from season 1 still comes back to haunt Srikant. In which, Dhrithi, Srikant’s daughter who is cornered to a situation where she has to rise to the occasion, shows that she has a fighter like Raji within her too.

There are moments those capture the feeling of being isolated by the language, by the accent, by the names those reveal the religion and the truth, the characters tell themselves, to believe in what they want to believe, to be free from guilt.

There are moments that stay testaments to the life of this secret agent of this nerve-racking series, The Family Man, when Manoj Bajpai (Srikant Tiwari) standing helpless in the face of fatality. In Season 1, you see Srikant outsmarts who come in his way in the open field of gunfire. He is emotionally untouched, unaware to some extent, which only enable him to think ahead in his work. In season 2, Srikant’s marriage hits a rough patch, he quitted TASC, his uninteresting IT work adds nothing fruitful to his life and he feels he is doing a lot more than enough when he makes time for his family. When Suchitra (Priya Mani), who is doubtful about validating her feelings, expresses that this marriage needs work and takes Srikant for counselling, Srikant outrightly discards the idea of involving another person to solve his personal problems. He doesn’t want his marriage life too to be a complex field of unknown just like his work.

A terrific, daunting season 2 that has amazing writing and an almost meticulous narrative when it wants to collectively balance the justification from two sides of the battles. It comes close to show a balance but exhausts itself with some redundant projections. The Family Man 2 is streaming on Amazon Prime Video.