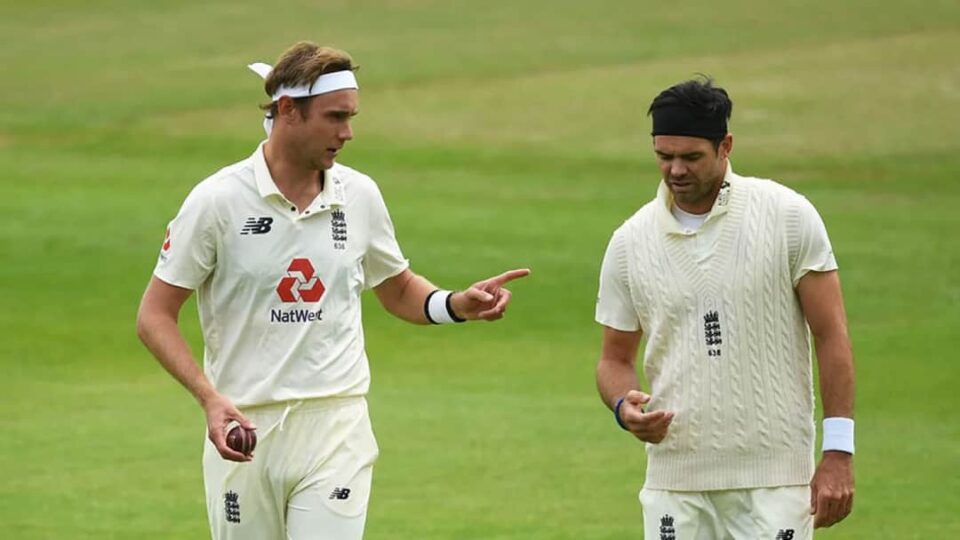 Gutted… Disappointed… Angry… These were the words that Broad spoke right after his omission in the first Test. Players don’t normally tell you how they feel after being left out. They lie. They talk about how brilliant the attack was and they would appreciate the team but Broad being Broad spoke those words. Though it feels like a long ago. Those words stood. Broad had the pressure of backing his words and proving people wrong. He even added to the hype earlier by telling that he had consulted a psychologist to cope up to the current bio-bubble. The hype was there. Now, he needed to back it up. He was decent enough in his return but he needed more.
Come the third Test. Maybe, it was all plan. Maybe, he wanted to do it in the series decider. He wanted to win the game.
Now, Broad is a good batter. His record tells you that. However, his record also tells you how the ghost of Varun Aaron haunted him. Aaron, at this same venue, broke Broad with a bouncer. Since then, his average fell, his batting position fell. He came down at number 10 or 11.

Back at this position, he needed some superpower to battle the visitors. He had to wheel England to a good total or else all the hard work done in the first day would stay in the past. The superpower he was looking for came from the page Warne left in 2005 in England. The page had the recipe of rescue from Aaron’s spell. Finally, there it was. Broad wasn’t looking pretty but was partying at the middle. A pull at the beginning opened the door of unorthodoxy. Broad quickly rode to 45-ball 62 and gave England the extra push.

The conditions were assisting him. It was his Test. With a pretty good smile, a Federer-like headband and his celebrappeal all had extended cameo in this film with Broad being the protagonist. This might be Stokes’ World but it is Broad’s reminder. He reminded us who he still remains a huge force in England’s line-up. Undoubtedly, undroppable force. At least in recent years, he went from a bowler of good spells to a good bowler.
Broad is like this alarm clock. You sure don’t like him and we love to hit the snooze button on him but it is all essential.

Anderson didn’t play the second Test. Unlike Broad, he had nice things to tell about the attack. He was glad to be at the winning side. Maybe, that is the difference between being rested and dropped. However, when Anderson combines with Broad, they become a lethal weapon and it’s been the way for a long time now. They both pick wickets, they both fight for it, they both go neck to neck with records.

Despite being equally great in recent times, nobody talks great about Broad as they do for Anderson. Even the latter’s headband made headlines and nobody knows why. This not the first time though. Broad and Anderson are like a pair. They are this couple who fights about getting the gift for the party. However, both would never miss the party. They love being there. They love to dominate. Those days, Broad was Anderson’s plus-one to the party. Now, things changed. They both get invites. They both rock the dance floor too.
Of course, the party is super strong to go ahead with both Broad and Anderson. In future, there is going to be less “and” invites and more of “or”.

In between and-or, there will be certain places where their strong whiskey will be the talk of the town. Somedays, they are going to bring bouquets to the party and they might misread the invite and go all dressed in Halloween costumes and make a mockery of themselves and ruin everything.

Still, they are one good pair and they would leave a void when they stop partying. So, yes, you are welcome to be a part of their world too. To enjoy them while you can. You can later jump to the world of Kohli’s, Root’s, Kane’s, Smith’s and of course, the recent one Stokes’.

If he is fit, he’ll definitely play: Langer on Cameron Green

There’s no shame in showing your tears: Sachin’s open letter to men