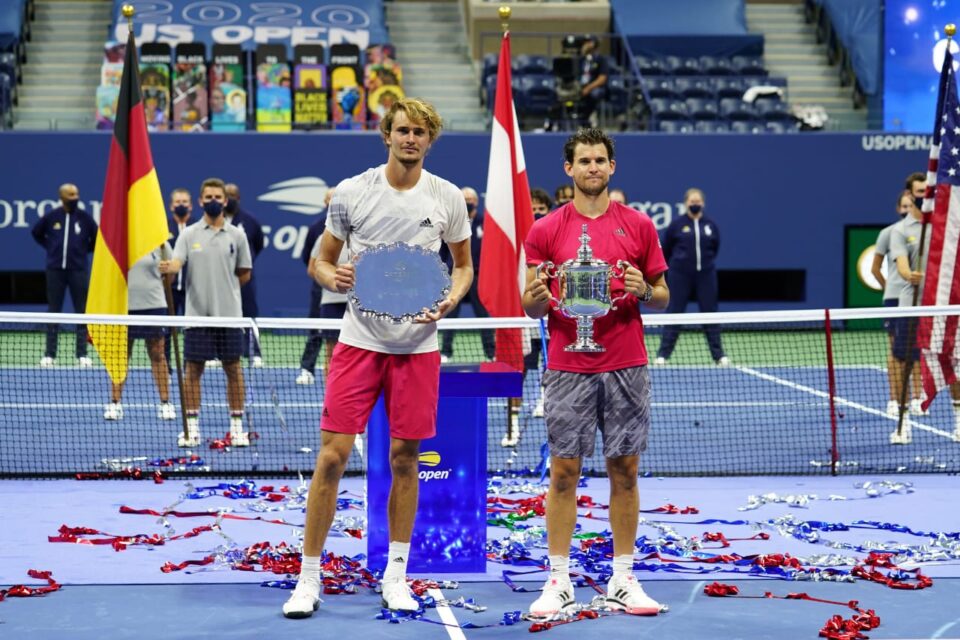 Dominic Thiem won his first Grand Slam title after losing the first two sets and then taking the next three including a tie-breaker in the 5th set.

It is the fourth consecutive year that the US Open men’s singles final has gone the distance.

“We started to know each other back in 2014 and developed straight away a great friendship, and 2016 our great rivalry started,” Thiem said. “We made great things happen on the court and off the court. I wish we could have two winners today. We both deserved it. You’re going to make it, 100%, make your parents proud.”

“I wish you would have missed a little bit more, so I could have been holding that trophy up,” an emotional Zverev says during the trophy presentation. “But here I am giving the runner-up speech.”

Zverev has 2 sets, a break in the third and was 5-3 up in the fifth set but Thiem found a way back to win them all from nowhere.

In an empty stadium, in the absence of Federer, Nadal and Djokovic who was defaulted in the 4th round, Thiem had finally won the slam after coming close a few times.

Chinese virologist claims COVID-19 was made in Wuhan lab