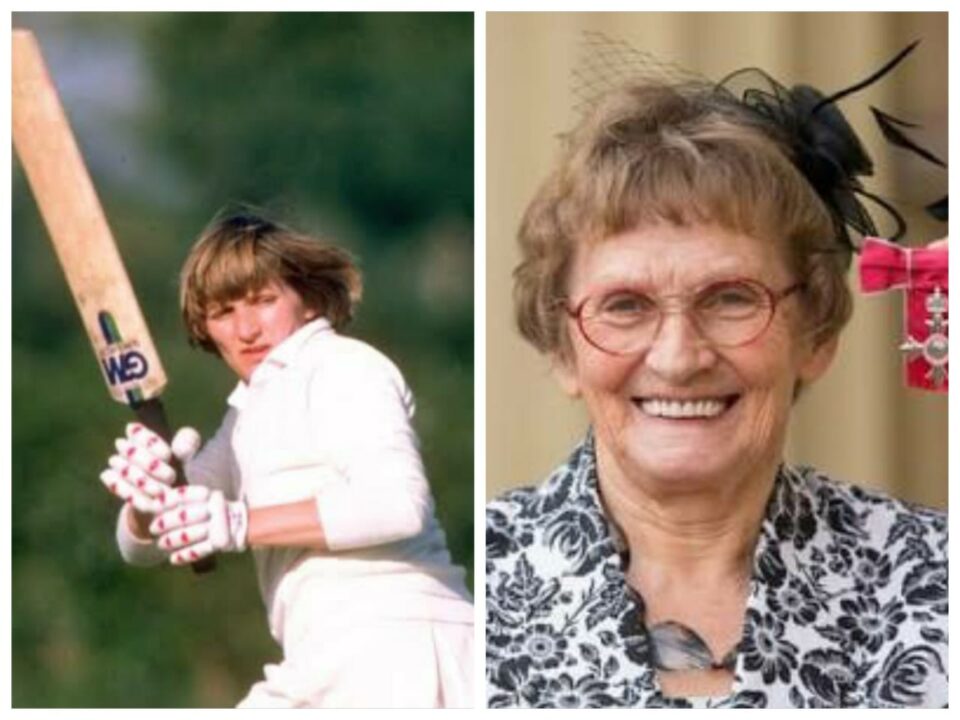 The England superstar Enid Bakewell was the player of the match in the first-ever World Cup. Years Later, talking about the World Cup and facing Australia in the final round robin match, Bakewell said that it was special but Australian didn’t know how to set a field those days.

She said, ‘That hundred was one of the highlights of my career, and to do it in the final was extra special. We were a great team, but it must be said that Australia at the time didn’t know how to set a field. I picked the gaps and scored my runs and luckily enough we won the match.’

Looking back at the preparation of the tournament she talks about the importance of that World Cup and how it changed women’s cricket.

Women’s cricket wasn’t really on the map at that time – I mean, at one time, they weren’t even going to let a woman score in the scorebox! Imagine that? Rachael Heyhoe Flint’s idea of playing a World Cup was to provide a spectacle that we could take all around the country, to spread the message about women’s cricket. It certainly wasn’t taken seriously.

There were people who were surprised at what we were doing and wished us well. I’m sure some, though they never mentioned it publicly, were looking for it to fail. But we got a lot of support from cricket people – Bob Willis even came and bowled at us for our practice nets, which was nice of him.

Jack Hayward, the businessman, played the major role in organizing the World Cup. It took two years for Hayhoe-Flint and Hayward to bring people together. Bakewell opened up about Hayward.

I hadn’t heard of him before the World Cup, no, but I’m ever so grateful to him. He’s a lovely, lovely man who’s so down to earth for someone of his wealth. When Rachael went to meet Jack about the idea, she assumed she’d be meeting a bigwig, drinking champagne and eating caviar. But when she got to his office, he was having a beer and some cheese sandwiches. They were great as a team – Rachael is a real character. I was her vice-captain in 1973 so we shared a room together and I ended up waking her up quite a lot in the middle of the night! But she was always very sweet about it.

Talking about producing performance that would make people notice women’s cricket and when asked why not many girls are in PE, Bakewell said that you bloody don’t show them the game.

“Well I reckon the girls are still trying to do it now. Recently, on BBC TV they were going on about why there are not so many girls doing PE and I’m there thinking, ‘Because you don’t bloody show any women’s sport!’ I’m going to ring them up if they don’t put any women sports on! They show football, horse racing – anything you can bet on or that’s man-orientated. When we toured in 1968 and 1969, they wouldn’t go on about the technique or skills of the women. There was a headline: “Skipper Loses Lucky Bra!” Nothing to do with the cricket!.”

India will not participate in tri-series, confirms Clare Connor