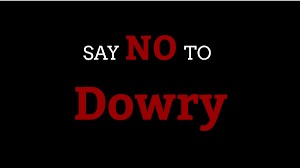 29 years old was arrested recently for posting wife’s private photos on social media after she refused to pay Rs 10 Lakhs as dowry.

The accused identified as R Vijayabharathi from Thiruvotriyur and is working in a private insurance company in the city.

“The victim had separated from her first marriage about five years ago and married Vijayabharathi in January this year. According to the victim the man had harassed and hit her several times because she did not pay Rs 10 lakh dowry as promised,” said a police officer.

In anger, Vijayabharathi uploaded his wife’s pictures on social media and when his wife came to know about this, she complained in a nearby police station.

US woman in TN fights off rape, slashes culprit with knife

Dalit woman who was gangraped and was assaulted dies in hospital