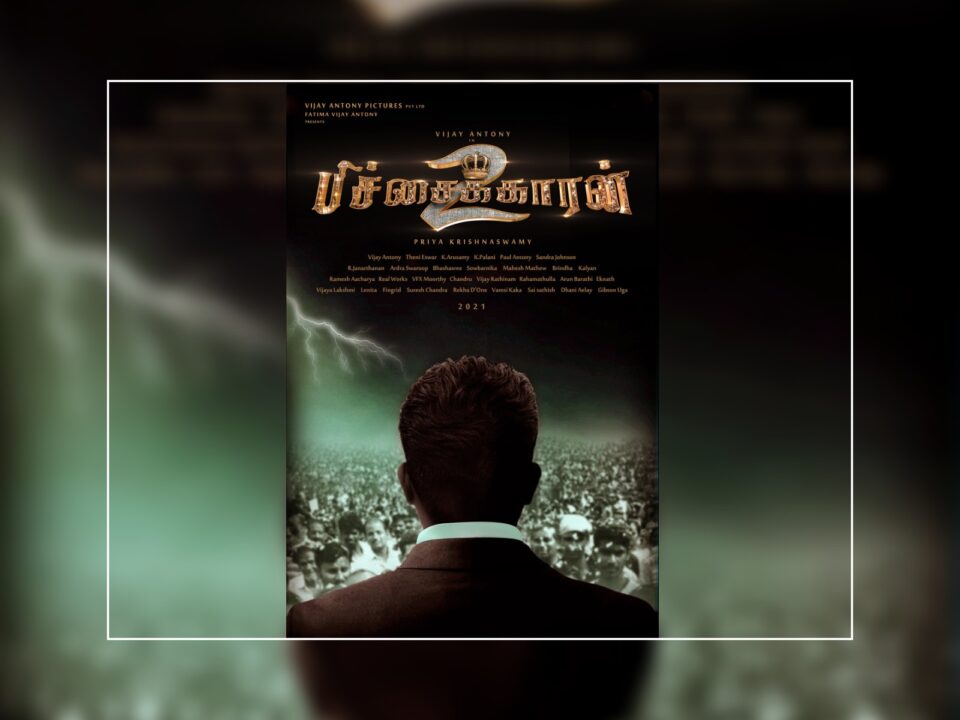 Music composer and actor Vijay Antony who celebrates his birthday today announced the sequel of Pichaikaran 2.

The first look poster of Pichaikaran 2 has been released, and this movie will be made simultaneously in Telugu as Bitchagadu 2. The movie is produced by Vijay Antony Productions.

The actor announced that he will be joining hands with Priya Krishnaswamy of Baaram fame. He made the announcement via tweet.

Today he shared the first look of the film.

The film will see music by Vijay Antony and cinematography by Theni Eswar, and is planning a 2021 release.

14YO sexually assaulted by two teens in COVID19 centre

We Are One: A Global Film Festival on Youtube: Annecy Short Films on Day 1

Soorarai Pottru to have a digital release on October 30

Religion section in my form was always filled with a ‘Not Applicable’: Aditi Rao